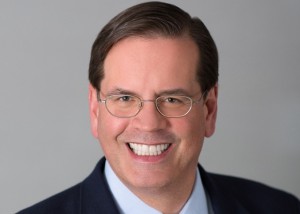 In October, the Dodd Frank-created “investor advisory committee” at the SEC stated that a “significant percentage” of investors that meet the financial thresholds for “accredited investors” (those investors that make over $200,000 a year or have $1 million in net worth) are not sophisticated enough to protect themselves. The rules stated the SEC may need to protect such investors by effectively outlawing their ability to invest in private funds.

On December 17 the SEC’s Advisory Committee on Small & Emerging Companies met to discuss this very same issue. While this committee wisely voiced doubts on the benefits of raising these investor limits, stating first “do no harm” to a system that’s working well, the full commission does not seem to be convinced. If the SEC cares about the ability of small businesses to access capital, they will reject this job-killing proposal.

The Government Accountability Office (GAO) tells us that raising the thresholds to the proposed $2.3 million in personal net worth would slash the number of households in the U.S. allowed to invest by 4.8 million households. In fact, in 2011 Dodd-Frank raised the accredited investor standard by excluding the primary home values from the net worth thresholds, which the GAO tells us cut out 2.14 million American households from being allowed to invest in private funds.

Even the Democratically-controlled Congress that wrote Dodd-Frank rejected raising the thresholds as high as some are proposing today. But in their desire to give regulators flexibility in the future, Congress gave the SEC the option to change the thresholds if needed. Despite no evidence of problems, that unchecked regulatory flexibility is now coming back to haunt investors.

The SEC must recognize the significant negative impact limiting these investments will have. I’ve seen this firsthand. Our firm, Brookside Mezzanine Partners, LLC, has invested over $500 million in domestic small and mid-sized companies throughout the United States. Our investors are “accredited investors,” some of whom might be blocked from continuing to invest in our fund. What exactly is Washington trying save them from? Should their only choices for investments be a savings account? Treasuries? Mutual funds? Is it only the super-rich that are allowed to make money? Why are they trying to “protect” small businesses by limiting their sources of needed capital?

Many small funds, such as ours, start with friends and family as their initial investors. If the SEC takes action to increase the financial thresholds, the number of small private equity funds would dramatically decrease, leaving only those funds with large institutional investors in the mix. Smaller investors, blocked by government “safeguards” would no longer be able to invest in small businesses and earn a reasonable profit. This decrease would have a snowball effect, significantly curtailing the amount of financing that small businesses could receive and the amount of jobs that could be created and sustained.

David Buttolph is the founder and managing partner of Brookside Mezzanine Partners, LLC of Stamford, Connecticut, and a past Regional President of the Small Business Investor Alliance, the trade association representing lower middle-market funds.