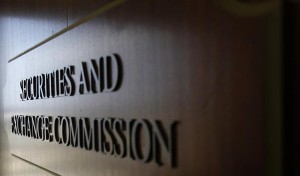 The Guggenheim executive took the loan in July 2010 to finance his personal investment in a corporate acquisition led by parent company Guggenheim Partners LLC, the SEC said in a statement.

The SEC order said many senior officials at the Santa Monica, California-based Guggenheim and its parent company knew about the loan but did not report it to its compliance staff.

“Guggenheim unlawfully failed to disclose the conflict of interest created by the outside business activity of one of its senior executives and the $20 million penalty reflects the significance of this and other regulatory failures,” Andrew J. Ceresney, SEC’s director of enforcement, said in a statement.

The SEC order also found that Guggenheim improperly charged a client $6.5 million in asset management fees it did not earn by miscategorizing certain investments as managed assets. While it identified the mistake, Guggenheim did not refund the client until nearly two years later, it said.

Guggenheim noted the SEC imposed a fine but no restrictions on the company’s future business activities.

“Since the occurrence of the events described in the SEC Order – which primarily occurred five years ago – Guggenheim has implemented new, comprehensive, best practice compliance policies, procedures and controls, including those that address the issues set forth in the SEC settlement,” a Guggenheim spokesman said.

(Reporting by Doina Chiacu and Nate Raymond for Reuters)