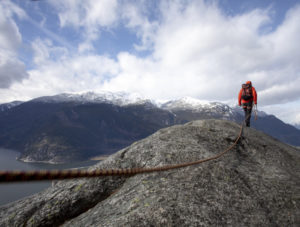 Guidepost Growth Equity, which this week agreed to sell portfolio company Spoonflower to Apollo-backed Shutterfly, raised just over $300 million for its debut fund, a person with knowledge of the firm told Buyouts.

Fund I has been in the market since December 2019, according to a Form D filing. The firm continued fundraising through the pandemic lockdown and was able to attract capital from some existing relationships Guidepost partners had at their former firm, North Bridge, Buyouts previously reported.

Guidepost is working with FocusPoint Private Capital Group on the fundraising. No one at Guidepost responded to a comment request Thursday.

North Bridge led a $25 million investment in Spoonflower, which provides on-demand digital printing of custom fabric, wallpaper and gift wrapping, in 2015. North Bridge met the company in 2014 at the Tech Venture Conference, an annual event in Raleigh sponsored by the Council for Entrepreneurial Development.

Shutterfly agreed to acquire the company for about $225 million of enterprise value subject to certain working capital and other adjustments, the company said in a statement earlier this week.

Guidepost, as North Bridge Growth, started as an affiliate of Boston’s North Bridge Venture Partners. It was set up as a separate business with its own management company and investment team, Buyouts previously reported.

Doug Kingsley, co-founder and managing partner at Guidepost, co-founded North Bridge Growth in 2007, prior to which he spent 15 years at Advent International. Other senior executives at Guidepost are managing partners who have been with the firm since 2007: Roshen Menon, Mike Pehl and Russ Pyle.

In January 2020, the firm announced promotions of Chris Cavanagh and Eugene Nogi to general partner. Cavanagh is co-head of the firm’s information and data services team and helped lead investments in Lucid and ThinkHR.

Nogi co-heads Guidepost’s communications and infrastructure team and helped lead the firm’s investments in ActiveViam and Traction on Demand.