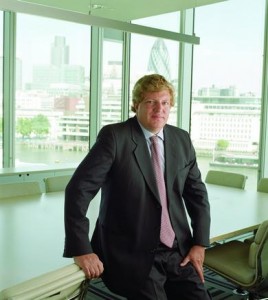 Guy Hands, head of Terra Firma Capital Partners and former banker at Nomura and Goldman Sachs, has controversially suggested that private equity firms unable to deploy committed capital during the current climate should return those funds to their limited partners.

In his quarterly letter from the CEO, the buyout chief addresses the issue of the economic downturn, saying: “I have been gloomy about the economic environment for some time . . . many commentators took me to task for my pessimistic views, but, as it turns out, I was being optimistic”, asking what private equity fund managers should do when in a worsening economic environment but managing a fund with a fixed time.

The first option, says Hands, is not to invest at all. As a risk capital business, however, private equity funds are expected to invest within a timescale and at all points of the cycle, with interests aligned by their own commitments to a fund – more than €200m in the case of Hands and his cohorts regarding the €5.4bn TFCP III current vehicle. Packing up and going home, suggests Hands, is not an option.

“While limited partners expect general partners to use caution when investing, they also expect them, and indeed are paying them, to invest during the fund’s investment period. This is, after all, why they committed to the fund in the first place. Consequently if a private equity firm really believes that there are unlikely to be good opportunities in the investment period, it should simply hand back the capital to its LPs.”

As Hands says, few have ever done this and, despite a number of funds saying that 2008 is effectively a dead year for deal making, the five years plus timescale of a fund provides considerable breathing space.

A second option is to change strategy. However, Hands describes some of these moves as “knee-jerk reactions” rather than evolutions, saying: “Some private equity groups that previously focused on large buyouts have suddenly become distressed debt investors, while others with little or no experience beyond their local markets are ‘looking to Asia’, where the economic climate seems rosier.”

Numerous private equity firms, from Blackstone’s infamous €2.68bn purchase of a 4.5% stake in Deutsche Telekom in 2006 to this week’s play by TPG for a 23% stake in Bradford & Bingley, have shifted from their traditional deal space with little noise from limited partners. This is most likely due to the opportunistic nature of the deals as well as more flexible provisions in fund formation contracts in recent years.

“This is an area that investors have focused on recently and is one aspect of investor downside protection,” says Josyane Gold, a partner at law firm SJ Berwin.

“Strategies are often broadly defined, and the lines are sometimes blurred, meaning that there may be some latitude. However, if you take the combination of the PPM [private placement memorandum] and what is stated there in terms of size and type of deals and the investment approach along with the statement of policy in the partnership agreement, there are constraints in terms of moving away from what you as a general partner have been doing, so it’s not wide open. The investor committee also has oversight of the nature of deals done and is able to police adherence to the stated policy.”

A change of strategy would, therefore, typically require further negotiations, says Gold. “It is defined to the extent that, if there was a serious and sustained change of strategy, you would not be able to do that without going back to your investors.” Gold points to instances of litigation in the US prompting terms to be more clearly defined by European institutional investors.

A third and better option, says Hands, is to invest in areas that are less likely to be affected by a downturn. This, not surprisingly, is “central to our philosophy at Terra Firma”.