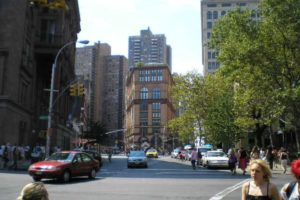 A large hedge fund that built a small buyout operation needs a new private equity chief after the executive it brought in to run the strategy stepped down earlier this year, months after the group’s debut private fund closed.

Praveen Jeyarajah stepped into a part-time advisory role in January, months after the buyout group, Astor Place Holdings, closed its debut fund. Hedge fund Select Equity, which managed about $32 billion as of December 2019, launched the small buyout operation in 2015.

Hedge funds over the years collected small pools of capital to make private equity investments, but many of them were forced to liquidate the pools in the face of redemptions. While private equity commitments are locked up for 10 years or more, hedge fund investors are able to periodically redeem their commitments.

Astor Place’s situation does not appear to be based on the parent hedge fund performance. It’s not clear why Jeyarajah, who joined in 2015, stepped out of the leadership role of the private equity group. He did not return a LinkedIn connection request.

Astor Place closed fundraising on its debut pool in 2019. It’s not clear how much the firm raised for Astor Place Fund I; the hedge fund’s Form ADV as of March 31, 2020 said the Astor Place fund’s gross asset value was about $113.7 million. Jeyarajah is also listed as an executive on a pool called Astor Place Special Investors in a filing from May 2019. The pool had gross asset value of about $102 million, the Form ADV said.

Jeyarajah joined Astor Place in 2015, prior to which he worked at Rexnord Corp and before that, he worked at Cypress Group and Carlyle Group. Jeyarajah spent six years at Carlyle focusing on industrial investments for the US buyout fund, his profile said.

Select Equity also made some private investments prior to forming its buyout group, including investments in Shake Shack, Mesa Labs and Bremont Chronometers.

Select Equity was formed in 1990 by George Loening and managed about $32 billion as of December 2019, according to the firm’s Form ADV. Loening formed the firm at the age of 23, using $70,000 seed capital from his mother, according to an article in Chief Investment Officer, citing an investment staff memo from San Francisco Employees’ Retirement System.

No one at the firm returned a request for comment.

Another hedge fund working to sort out its PE strategy is Blue Mountain Capital, which in 2019 began winding down its flagship fund. AlpInvest Partners acquired a portfolio of investments made by the healthcare unit of insurance company Assured Guaranty, Secondaries Investor previously wrote. The assets will be managed by the same team that worked at Blue Mountain and spun out under the name Assured Healthcare Partners, according to the story.