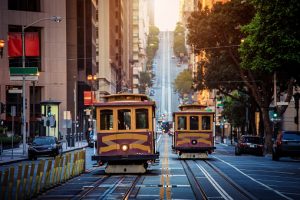 Imagine having the ability to snap your fingers and raise billions of dollars. That’s not quite the situation for Hellman & Friedman, but it’s pretty close.

The fundraising is moving quickly, with a first close expected in February. The close could be a “one-and-done,” though the fund could stay open for a few LPs who need more time to finalize commitments, one of the sources said.

Hellman & Friedman mostly alerted existing investors about the fundraising, which is considered oversubscribed with LPs jockeying for position, one of the sources said.

Established private equity firms have been the preferred destination for LP capital in the pandemic-stricken markets. The remote-everything environment made it easier for investors to re-up with their existing relationships over video conference rather than form new partnerships, especially with new managers, without the ability to meet in person.

The San Francisco firm closed its previous flagship, Hellman & Friedman Capital Partners IX, in 2018 on $16 billion. Performance data was not yet available, as the fund was still in its J-curve period, during which investments appear to be losing money before they begin to monetize.

Last year, Hellman & Friedman moved some assets out of it seventh fund and into a continuation vehicle, as Buyouts reported. This included Verisure, an alarm and security services company the firm acquired in 2011, Buyouts reported.

LPs in its sixth fund also gave the firm a one-year extension to manage out investments, Buyouts reported.

Hellman & Friedman was founded in 1984 and also has offices in New York and London. Its sectors of interest include software, financial services, internet and media, business and information services, healthcare, insurance and insurance services, consumer and retail and energy and industrials.