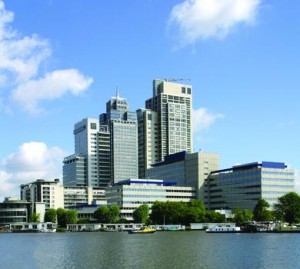 The company was founded in 1947 and had been known until 2005 as Borstlap “Masters in Fasteners” Group. It has over 100 outlets in 14 countries, employing 1,800 staff. AAC, formerly ABN Amro Capital Partners, supported an MBO in December 2004, and since then has accelerated a growth strategy which has positioned it as one of the leading fastener manufacturers in Europe.

As well as rebranding the business, AAC also oversaw the introduction of the store concept, and an increase in Fabory Centres from 50 at the time of takeover, to 89 by the end of this year. New centres have been set up across Europe, including Central and Eastern Europe, and it has established its sourcing activities in China.

Speaking on what was AAC’s first exit since the spin-off from ABN Amro, Marc Staal, managing partner, said: “HgCapital expressed an interest in the business and we agreed with management that it was in the company’s interest to move to a new shareholder that could support them throughout the next phase of Fabory’s growth strategy. We achieved our investment goal by generating over the past three years a good non-operational and operational cash flow and are happy to have delivered a strong return for AAC Capital Partners.”

The deal is ’s fifth in the Benelux region, and comes two years after the firm opened its Amsterdam office. The investment in Fabory will sit in the firm’s business services portfolio, and comes just weeks after the London-headquartered investor acquired Mondo Minerals, a Finnish talc company.

Alex Shivananda, managing director of HgCapital Benelux, said: “We have been following the progress of Fabory closely for nearly four years. Alfons, the CEO, and his team have performed very well in professionalising and repositioning the business and we couldn’t fail to be impressed. Accordingly we are willing to pay a good price for a great business. With our pan-European coverage and local presence we are well-positioned to support ’s exciting plans for geographical expansion.”

In a statement, HgCapital said it would be backing the management team’s aggressive roll-out strategy to expand into Central and Eastern Europe.