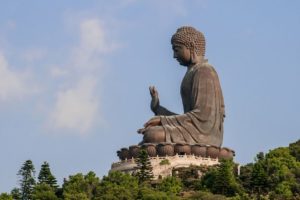 Here’s a reminder that business is still going on, and will continue once the emergency of the global coronavirus pandemic fades out.

Hillhouse Capital, one of the largest Asian private equity managers in the market, is back with its next fundraising program that could eventually raise $12 billion to $13 billion, sources told Buyouts.

Hillhouse has been talking to limited partners about its fifth fundraising program, which comes in quick time after the firm closed Fund IV on $10.6 billion in 2018. Fund IV was notable for being the largest Asia-focused private equity fund at the time, beating KKR’s third Asia fund that closed on $9.3 billion in 2017.

Lei used $20 million of seed funding from Yale’s endowment to invest in Tencent, the Chinese social networking platform, according to the Financial Times. Another of his early investments was in JD.com.

Hillhouse targets investments in healthcare, consumer, technology and services globally, with a focus on Asia.

The big question now is whether the firm will be able to continue attracting big checks from institutional investors in the economic downturn wrought by the global covid-19 pandemic. Fundraising in general is slowing as LPs pause potential commitments in which they can’t perform on-site due diligence.

As well, LPs have questions about the pace of Hillhouse, along with other firms that have experienced rapid fund-size growth. Quickly expanding fund sizes may become more of an impediment for GPs in a down environment, compared to the bull market of the past decade.