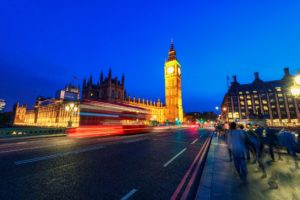 HSBC is working on a process to move a strip of private equity interests off its balance sheet and into a specially created vehicle that would allow the bank’s private equity team to continue making fund and direct investments, sources told Buyouts.

The deal is one of several in the market that allow large organizations to shift private equity into specially created vehicles that provide more space, and fresh capital, to continue building out the strategy. Canadian pension system PSP Investments also is working on a similarly structured deal, Buyouts recently reported.

For HSBC, with around $2.9 trillion in assets, the sale appears to be part of a process announced in February 2020 to reduce its gross risk weighted assets by over $100 billion in areas “generating low revenues to risk-weighted assets with very high cost income ratios,” Ewen Stevenson, group chief financial officer of HSBC, said during an earnings call at the time, according to a transcript of the call.

Ardian is set up as lead investor on the latest HSBC process, which could raise more than $1 billion, sources said. The deal is expected to close later this year.

Spokespeople for HSBC and Ardian declined to comment about the process. The deal, once completed, will be HSBC’s second in which it used a secondaries process to move private equity into an affiliate vehicle as a way to sell down balance sheet exposure and generate fresh capital for new investments.

The first process, closed earlier this year, was led by HarbourVest Partners, sources told Buyouts. That deal’s total value was targeted around $1.4 billion, according to a report in Secondaries Investor at the time.

HSBC funds that are part of the new transaction include those managed by Vista Equity Partners, Carlyle Group, TPG Capital, Advent International, Apax Partners and BC Partners, one of the sources said.

The lead buyer in the HSBC process pledged to take up to 55 percent of the deal, but would also underwrite the full transaction if necessary, the source said. HSBC wants to leave around 40 to 45 percent to syndicate it to its wealth management network, the source said. The earlier transaction also left around one-third of the $1.4 billion total to HSBC clients, Secondaries Investor reported.

HSBC’s deal, like others that have come through the market, include a slug of fresh capital that will give the HSBC private equity team the ability to continue fund and co-investing, sources said. PSP’s process has a similar staple component.

HSBC would get credit for directing the staple capital into fund commitments and co-investments, allowing it to continue building relationships with desired GPs.

“These are large institutions that don’t want to give up on relationships,” said a secondaries buyer with knowledge of such deals.

“There’s a ton of different ways you can structure it, but [often] the end goal is, the more primary dollars you give GPs, the more co-investment you get,” another secondaries buyer said.

The sale is also one of the few large LP portfolio sales this year, as secondaries gradually recover from the pandemic lockdown. Last year, underlying portfolios were hard to value, so LP fund sales dried up. The expectation was these traditional LP sales would come raging back this year, but so far activity has remained muted, with the view that volume will pick up later this year.