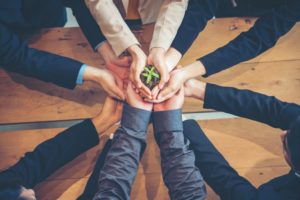 Intermediate Capital Group has built a reputation as one of the prominent investors in GP-led secondaries deals over the past few years.

The deal represents an expansion of ICG’s secondaries business into traditional LP portfolio sales, which have declined since the pandemic downturn but are expected to ramp back up by year-end.

The firm, which has raised a series of funds focused exclusively on GP-led secondaries deals, is expected to raise a fund for LP portfolio sales, sources said. ICG registered a fund in Luxembourg last year called ICG LP Secondaries Fund I, Secondaries Investor reported. It’s not clear if that fund is actively fundraising yet, and if so, what the target is.

ICG also is in the market with its fourth Strategic Equity fund that focuses on GP-led deals, targeting $5 billion. Fund IV raised $2.5 billion as of April, Secondaries Investor reported.

Gardey, head of private equity fund investments, spent 10 years at Pomona Capital, becoming head of its European operations, before leaving in 2019 to join ICG. Levitt, managing director, joined from Drum Capital, before which he spent 11 years at Pomona as a partner.

Blossier, head of European secondary investments, joined in 2019 from Unigestion, before which he worked at Pomona.

Aberdeen Standard Investments has been shopping the portfolio since at least earlier this year, Secondaries Investor reported. Triago worked as secondaries adviser on the deal, sources said. As Aberdeen manages more than 100 private equity vehicles, it’s not clear which were involved in the secondaries sale.

An Aberdeen Standard spokesperson did not respond to a comment request Friday.

Funds-of-funds have been big sellers on the secondaries market in recent years as they work to clean up older pools and provide paths to liquidity for investors in those funds. Asset management firms like funds-of-funds, and financial institutions, were the biggest sellers of LP stakes in the first half, according to Campbell Lutyens’ half-year secondaries volume report.

“These experienced investors are likely to view current market conditions as favorable for locking in gains and rebalancing their portfolios,” the report said.

The LP stakes business traditionally represented the bulk of activity volume in the secondaries market. But GP-led deals like single-asset continuation funds for the first time eclipsed LP sales last year, as managers rushed to the market for ways to hold certain assets longer.

LP sales faded out last year in the pandemic downturn as economic uncertainty made it difficult for buyers and sellers to properly value underlying funds and their portfolio companies. The expectation was that LP sales would flood back to market this year, but the recovery on that side of the business has been more muted.

Further, the majority of fund stakes sold in the first half were post-2015 vintages, with only 12 percent representing pre-2010 vintages.