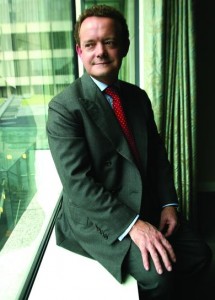 comprises €1.25bn of equity and €1bn of leverage, with almost 70% of commitments originating from investors based in Europe, 19% from Asia and the remainder from North America and the Middle East.

Managing director of ICG, Tom Attwood, said: “This is our fourth European Mezzanine Fund, increasing our capacity to offer private equity sponsors optimal financing structures in this dynamic market while providing attractive returns to our fund investors. Over the years we have developed strong, long-standing relationships with our existing investor base as evidenced by the fact that 78% of commitments come from existing LPs. We are particularly pleased that this fund has attracted a number of significant new investors, thereby supporting ICG’s growth.”

The main focus of the fund remains mezzanine investments in European LBO deals, but it is also able to make equity co-investments as well as purchase senior debt and mezzanine loans in the secondary debt market.

Like all forms of debt, mezzanine is exceptionally popular in the LBO market at present. The end of 2006 saw €1bn of mezzanine raised for Dutch cable company Casema. Last year mezzanine made up on average about 12% of capital structures, up from the 8% recorded in 2005.

ICG has the largest independent mezzanine investment team in Europe with 35 executives operating out of the head office in London, alongside local offices in Paris, Madrid, Stockholm and a representative office in Frankfurt. The firm has been operating since 1989 and has to date invested over €7bn across Europe and the Asia-Pacific region.

It raised its first mezzanine fund in 1998, garnering commitments of £57m and followed this in 2000 by raising almost €380m. The firm closed its first non-European fund in December 2005, when it raised US$500m for Intermediate Capital Asia Pacific Mezzanine Fund 2005. ICG also has a number of CDOs under management and a market value vehicle called Eurocredit Opportunities I, a less levered and more flexible fund with underlying collateral comprising predominantly leverage loans and high-yield bonds but it can also invest in mezzanine, stressed and distressed loans.