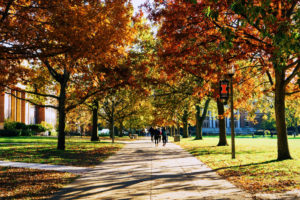 Multiple public pension systems have reduced how much they plan to commit to private equity next year. Many systems are overallocated to private equity and have been working through ways to keep their investment portfolios in balance.

SURS of Illinois plans on committing between $375 million to $525 million in private equity in 2023, with a specific target of $450 million, according to a presentation private equity adviser Aksia made at the system’s December board meeting.

According to the presentation, which Buyouts has reviewed, Aksia made $375 million in commitments on behalf of SURS of Illinois in 2022. The system also committed an additional $100 million to a fund of funds managed by Fairview last year.

SURS of Illinois also could commit between $30 million and $60 million to co-investments and up to $60 million to secondaries funds, according to the presentation.

The presentation also suggested deploying to US-based lower mid-market funds and special situations opportunities to balance existing exposures. SURS of Illinois currently invests $147 million to a co-investment fund managed by Aksia, according to the presentation.

Aksia said current commitments through this fund are expected to be fully invested over the next three months and it needs more capital to continue its co-investment activity.

Co-investments made through this fund should focus on businesses at “reasonable valuations” considering potential price contraction, according to the presentation. The system should also consider co-investment deals from both existing and new managers.

The system’s private equity program has generated $305 million in cash since 2013, Aksia said, and distributions have outweighed contributions every year since 2018.

SURS of Illinois targets 14 percent of its total fund to non-traditional assets, which include private equity, non-core real estate and non-core infrastructure.