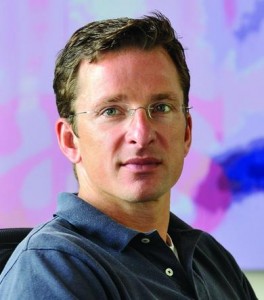 • Jefferies International today announced that Frank Jung has joined the firm’s recapitalisation and restructuring group as a managing director based in Frankfurt. Jung has more than 10 years of European restructuring experience and joins the firm from Goldman Sachs. This appointment brings the total size of the global recapitalisation and restructuring group to more than 70 professionals, of which 12 are based in Europe. In addition to spending the last four years at Goldman Sachs, Jung was previously at HypoVereinsbank and started his career at Allianz AG in Munich. He was awarded a Masters Degree in Economics and Management by the University of Cologne and a Law Degree by the University of Trier. In 2008, Jefferies was involved in more than 40 restructuring and recapitalisation assignments involving concerning debt of more than US$50bn.

• Investindustrial has announced the appointment of Marco Pierettori as its internal legal counsel. In his new position at Investindustrial Pierettori is responsible for the group’s legal, compliance and internal audit functions. He previously spent four years at Lehman Brothers, where he was head of the legal, compliance and audit division for the Italian operations. Prior to Lehman, Marco spent four years in New York and London working for the US law firm Davis Polk and Wardell advising corporate clients on US-EU cross-border issues. Pierettori is a member of both the New York and the England & Wales bars, received a degree in Jurisprudence from La Sapienza University in Rome and a Master of Law from the University of Virginia. Investindustrial is a leading Southern European investment group with approximately €2.1bn of assets under management, which provides industrial solutions and capital to mid-market companies in Southern Europe.

• Target Partners, the Munich-based venture capital firm, has announced the appointment of Olaf Jacobi as a new partner. Jacobi has been a venture partner at Target Partners for the past two years. “As a repeat entrepreneur with several start-ups under his belt, and as an angel investor in technology companies, Olaf brings essential skills to our team”, said Waldemar Jantz, a partner at Target Partners. In the past, Jacobi has invested as a business angel in young IT and internet companies. In 2005, he founded Collax Inc (Boston and Munich), a provider of Linux server systems for mid-market companies, where he remained CEO until the end of 2006.