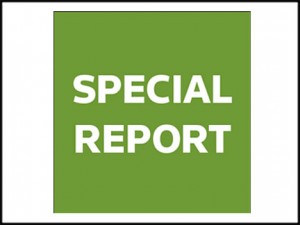 “As the U.S. economy grows, there is a huge opportunity for pro-active private equity funds like H.I.G. Capital to help Midwestern companies…reach their full potential,” Mark Kelly, a managing director who leads the firm’s deal-making in the region, told Buyouts. “We’re focusing on companies with $5 million to $50 million of EBITDA – a core for the heartland of the U.S. We need to have people on the ground to originate and execute deals and then to monitor and manage them through to exit.”

Kelly has hired three people for his team, and he’s looking to add more. So far this year he’s talked to some 18 companies about potential deals, or a rate of about one major meeting per week.

H.I.G. Capital isn’t alone in spotting potential in the Midwest, defined to include 14 states from North Dakota to Missouri, along with Ohio, Illinois, Minnesota and Indiana. Others, such as Chicago-based Pritzker Group Private Capital, are also adding staff with plans to step-up deal-making.

Cleveland-based Riverside Co ranks as the most prolific in the region with 16 deals since 2011, followed by Boston-based Audax Group with 15 and Chicago-based GTCR in third with 14 deals. Los Angeles-based Platinum Equity makes frequent trips to the American heartland with 12 deals from the region under its belt since 2011, followed by 10 deals each for Texas-based TPG, New York City’s Blackstone Group and Washington, D.C.-based Thayer Hidden Creek. (See accompanying chart of most prolific deal-makers.)

All told, U.S. sponsors closed 758 leveraged buyouts in the region between Jan 1, 2011 and May 28, 2014, with 22 tipping the scales at $500 million or more, according to Thomson Reuters data reviewed by Buyouts. With deal values disclosed on 100 buyouts for a combined $44.3 billion during that time period, the average announced acquisition price weighs in at under $450 million, the realm of the mid-market.

Industrial and technology deals rank as two of the top attractions in the Midwest. Out of 12 major deal types, industrial ranks as the most popular with 194 deals dating from January 1, 2011 through May 28, 2014. Tech holds the No. 3 deal count slot with 97 deals during the same period.

General partners interviewed by Buyouts said an uptick in manufacturing activity in recent months, a steady economic recovery, and a rich supply of targets stemming from the Midwest’s tradition as an industrial and distribution hub have been motivating deal-makers. Interest in tech stems in part from valuations for targets that are lower compared to Silicon Valley, plus some high-profile exits of late, including Madison Dearborn’s sale of Fieldglass to SAP AG for a reported $1 billion.

Competition for deals has driven up prices, leading some firms to pony up some of the highest multiples since the peak buyout years of 2006 and 2007. Typical purchase prices multiples are regularly exceeding 7.0 to 8.0 times EBITDA, with some sectors as high as 8.0x to 10.0x multiples. The ready availability of financing is partly to blame. Acquisitions of companies with $3 million to $25 million in EBITDA are often drawing 3.5x EBITDA senior or 4.5x in unitranche financing, with about 60 percent of enterprise value in debt, said Tom Aronson, managing director, head of originations at Monroe Capital, the Chicago-based lender for mid-market buyouts.

At the same time, the rise in activity has produced lots of opportunities for limited partners. Buyout shops located in the Midwest have raised $6 billion thus far in 2014 as of June 6, putting them on track to outpace the $8.1 billion raised for all of 2013. Dating back to 2011, GTCR ranks at the top of the fundraising list with $7.4 billion raised via three funds, with support from Massachusetts Pension Reserves Investment Management and the New York City Comptroller’s Office, among other LPs. Another Chicago firm, Thoma Bravo, holds the No.2 position with $4.9 billion raised via three funds, with support from the California State Teachers’ Retirement System and Mass PRIM.

Robert Brown, managing director and co-president, North America, of Lincoln International, with offices in Chicago, Los Angeles and New York, said he’s seeing growing interest around manufacturing deals. Dealmaking in the sector had leveled off in 2013 after a recovery period following the 2008 financial crisis, but it’s humming now.

“Multiples are high across the board,” said Brown, who works in Chicago. “Because the credit markets are so liquid lenders are willing to advance a great deal against earnings. Strategics are also paying high multiples. They’re under pressure to buy growth.”

Among some of the more prominent deals, Washington, DC-based Carlyle Group acquired Illinois Tool Works in a buyout valued at $3.2 billion in May. The buyout ranks as the second-richest Midwestern buyout since the start of 2011 (see accompanying chart). Last October, New York-based MacAndrews & Forbes paid $1.4 billion for WMS Industries Inc in another large deal.

Peter Mogk, senior partner at Detroit-based Huron Capital and a former treasurer of the Penske Corp, said the firm’s Midwestern roots give it an advantage in sourcing deals. Huron Capital closed on $500 million for Huron Fund IV LP in 2013.

“Huron was unique in that they took the time to really understand our strengths and to not change what was working, rather than just dictating policies and procedures from some office in New York or LA,” Kubas said.

Huron Capital won the auction, and not long afterwards Bloomer Plastics hired its current CEO, Kevin Keneally. The company is now seeing annual sales growth of about 10 percent, well ahead of its historical growth rate of about 3 percent.

Meanwhile, Chicago’s Pritzker Group Private Capital has tapped the industrial sector for two of its largest acquisitions in its history, both in the past six months. It acquired Eden Prairie, Minn-based Milestone AV Technologies, a manufacturer of audio-visual products, for an undisclosed price from The Duchossois Group; and in April it acquired plastic packaging manufacturer Technimark, from Quad-C Management.

“We’ve seen a material increase in deal activity in the manufacturing sector really across the board,” said Paul Carbone, managing partner, Pritzker Group. Manufacturing remains one of three key sectors for the firm, along with health care and services. The firm continues to add staff, including Chris Trick, formerly of KRG Capital Partners, who was named vice president of the firm, in May. Carbone said the firm expects to add more staff, particularly on the operations side. Drawing capital from brothers J.B. Pritzker and Tony Pritzker, the Pritzker Group has never raised an institutional fund.

“There’s a deep pool of manufacturing here given our history as the Rust Belt of America,” Carbone said. “There’s been an updraft in manufacturing activity generally, given what’s going on in terms of component production coming back to the states, energy cost improvements, and modest growth in the economy.”

Tech is another fast-growing deal market in the Midwest.

San Francisco-based Golden Gate Capital paid $1.84 billion to buy Lawson Software in 2011 as one of the largest transactions involving a Midwestern target in roughly the past three and a half years. That same year Thomas H. Lee, Boston, purchased UnitedHealth Group Inc, an information technology consultant, for $376 million. In January, Boston-based Bain Capital bought software firm Applied Systems for $1.8 billion.

Phil Canfield, managing director of GTCR, said the firm chooses deals not by region, but whether they fit specific criteria. Nevertheless, he’s noticed a pricing advantage in the middle part of the United States for tech deals.

“Nobody (in Silicon Valley) thinks it’s worth their time to fly over the Rockies. That leaves opportunities for those of us who are east of the Rockies to find deals,” he said. “It’s a middle-of-the-country phenomenon but it continues to exist.” GTCR closed GTCR Fund XI LP at $3.9 billion in 2013.

“I joined Monroe to be part of a really strong, tight-knit, passionate community of tech founders and investors in Chicago,” he said. “Chicago has the right group of people and knowledge in tech, drawing people in finance like myself to move to the city from coastal based firms.”

One tech deal drawing mentions by sponsors in and around the Windy City: Madison Dearborn’s sale of Fieldglass, a non-employee workforce management software firm, to SAP for a reported $1 billion. The deal closed on May 5. Madison Dearborn earned about 5x its $150 million investment in three and a half years on the deal, according to sources.

Doug Grissom, managing director of Madison Dearborn, declined to discuss the firm’s return on the Fieldglass exit, but said local ties helped secure the deal, since he knew the company’s founder and CEO Jai Shekhawat after they worked together at McKinsey & Co and later ran across each other on the squash court.

“Jai and I played together while our kids took lessons,” he said. “We developed a good rapport. His company was going through a [sale] process and (I) asked if we could be included. And we were selected.”

Madison Dearborn worked with Fieldglass to boost its business in overseas markets, invest in hiring salespeople and grow the company’s customer base. Grissom said at the time of the sale, the market for the company’s services was only 25 to 30 percent penetrated, giving SAP plenty of opportunity to continue Fieldglass’s expansion.

Grissom continues to look for deals on the Midwest, as the firm invests from Madison Dearborn Capital Partners VI LP, which closed on $4.1 billion in 2010. It’s now about 75 percent invested, according to a source.

“I spend most of my time hunting for deals in the Midwest – broadly defined,” Grissom said. “There’s a lot of money and other private equity firms on the two coasts. I don’t feel like I have a competitive advantage there, so I allocate my time in the middle of the country. The good news is there’s a lot going on now and that wasn’t the case 10 or 20 years ago.”