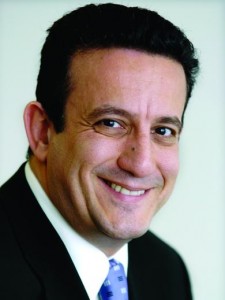 is a great believer in combining capital with knowledge to produce stellar returns. Its hunting ground is predominantly the UK and it seeks to buy into fast-growth small companies and it is not sector-specific.

The private equity group, which has been going for more than a year, differentiates itself from the competition in several respects. First, it does all its own due diligence.

“With our backgrounds at BDO Stoy Hayward, we have extensive experience in analysing businesses,” said Daniel Finestein, a partner with Manchester-based Infinity Asset Management. He said that by being able to do their own due diligence, the partners could act very quickly on opportunities when they arose.

Another key difference is that they get actively involved in their investments. Again, it is down to knowledge and experience gained while working at , which often involved advising entrepreneurs.

“We’re able to give companies a lot of value added advice,” said Finestein. He said this could involve help in raising finance, negotiating banking arrangements and tax advice. “We can, for instance, restructure a balance sheet so it is a lot more tax efficient,” he said. “We also have broad business experience and can advise on areas such as marketing and management.” He added that Infinity very much looked to add value to its investments.

The group has so far raised £20m to invest in small companies and also has a separate £100m property fund, run by partner Les Lang. The backers are mainly private investors who are taking a long-term view.

It has so far made four investments, of which two are in the UK manufacturing sector, an area where there tends to be a considerable amount of bearishness. Such a view also means that small manufacturers can be relatively cheap to buy into.

“We’re very careful about what we invest in,” said Finestein. “We look for companies that have something special.” The firm would tend to avoid companies competing with Far Eastern low-cost producers or investing in companies involved in purely commodity type products. “We like companies with niche markets, which have very good growth prospects,” he said.

One of those investments is a 22% stake in , which makes tubing for hydraulic machinery.

“This company operates in a market where quality and rapid turnaround times are absolutely essential,” said Finestein. “They supply JCB, for example.” is a UK-based maker of diggers and one of the country’s most successful manufacturers and exporters.

Commenting on exit strategies, Finestein said the group was still very much in a buying phase given how new it was. “We will sell when the circumstances suit. There are no predefined criteria,” he said.

And what of a potential UK recession? “That doesn’t worry us too much,” Finestein said. “If anything, it could be good for us. It should bring down buying prices.”