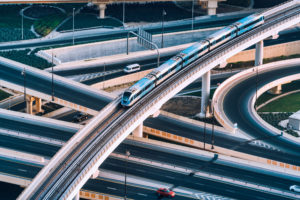 Global Infrastructure Partners, one of the world’s largest firms of its kind, has agreed to pay $4.5 million to settle SEC claims that its fund adviser subsidiary made a hash of its fees and disclosures.

Global neither admits nor denies the Commission’s accusations, but it has agreed to accept censure, regulators say in a Dec. 20 settlement order. In essence, the adviser—Global Infrastructure Management—didn’t properly offset fees in three of its funds despite promises in the funds’ offering documents. That, in turn, meant that it had given false and misleading statements to investors and potential investors.

More than that, the firm’s partnership agreements and private placement
memoranda gave conflicting versions of its fees and the ways they were calculated, the Commission says. Global is cited for failing to have the right policies and procedures in place to prevent these kinds of problems.

Fund spokespeople did not respond to RCW’s requests for comment. With nearly $77 billion in assets under management, Global is one of the largest private fund advisers to be on the wrong side of an SEC enforcement case in the past five years. Only Ares Management ($149B in AUM; settled a case over material, nonpublic information in May 2020) and Apollo ($170B in AUM; settled fees/supervision accusations in August 2016) were larger.

Headquartered in New York, the firm also runs offices in London and Sydney. Its portfolio companies—airport management firms in London and Edinburgh, the Port of Brisbane and East India Petroleum among them—employ nearly 21,000 people.

SEC Chairman Gary Gensler has made private fund reform his top priority. He’s argued that firms not only charge too much in fees, but their fee disclosures are too opaque (RCW, Nov. 18, 2021). The settlement with Global suggests that fees might be too opaque for fund advisers themselves.

Regulators give Global credit for having gotten in front of their investigation, but they also blame “deficiencies” in Global’s compliance program for the firm’s troubles.

The Commission’s complaint hinges on problems in three Global funds. In their partnership agreements and in private placement memoranda, Global promised that up to 80% of advisory fees “charged to portfolio companies would be offset against fund-level management fees,” the settlement order states.

Between 2009 and 2019, though, Global didn’t offset management fees, the
Commission says. The firm netted more than $4.1 million in extra cash from the gaffe, the Commission says.

In placement memoranda, Global promised that, if it sold interests in portfolio companies but didn’t liquidate them entirely, Global would base its Fund I and Fund II management fees “on the fund’s remaining interest in the portfolio company,” the Commission says. The placement memo for Fund II had similar language. The limited partnership agreements for those funds, though, said that Global’s management fees would be “based on each limited partner’s capital contribution” in helping Global acquire a portfolio company.

In 2011, an investor asked Global whether a partial sale would reduce
management fees, the SEC says. A Global employee assured the investors—and
others to come—that partial disposition would lower management fees.

“Ultimately, consistent with the LPA but contrary to the PPM disclosures, Global fund finance employees consistently did not reduce Global’s fund-level management fee calculation for Fund I and II to incorporate partial dispositions,” the SEC says.

The third fund’s memoranda and agreements, meanwhile, promised investors that director and other fees would come out of the firm’s management fees. Between November 2016 and March 2019, Global charged $1.26 million in director fees.

Instead, investors were overcharged by a little more than $674,000, the
Commission says.

A key lesson learned is the importance of getting ahead of your problems. In each case, Global returned money to investors while the SEC was conducting its investigation, regulators say.