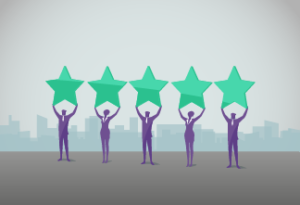 Three years after raising its tenth fund, Insight Partners is raising a new fund specifically to extend its ownership of portfolio companies acquired via the fund.

Insight Venture Partners X Follow-On Fund will make primary and secondary investments in portfolio companies held by 2017-vintage Insight Venture Partners X, according to a document prepared by consultant Hamilton Lane for Teachers’ Retirement System of Louisiana. Insight Partners’ Fund X closed on $6.3 billion in 2018 and the firm is targeting $1.25 billion for its double-down fund.

While many GPs have explored ways to hold certain assets longer than allowed under traditional private equity structures, the concept of a double-down fund is relatively rare. One example: TA Associates in 2019 raised a fund to re-invest in certain companies the firm was exiting. But the trend of extending ownership is rapidly shedding exception status.

“It’s interesting how much the old model of, buy companies, sell companies, is out the window. People realize, ‘Hey, these assets that are growers and the management teams are solid and they print money, you can kind of keep making money on them,’” said an LP who has seen Insight Partners’ fund pitch. “Maybe the merry-go-round stops at some point.”

The fund is particularly suited for Insight’s strategy, which mostly focuses on taking minority stakes in growing businesses, rather than acquisition for control. Insight saw the need for such a fund because it deployed Fund X quickly with not much in reserve to invest in subsequent funding rounds, the LP who has seen the fund pitch said.

“Typically, where they would have had $1 billion in reserve, they deployed most of it, and so they’re raising this vehicle to basically double down on the winners in Fund X,” the LP said.

It is not clear if the secondaries strategy involves targeting direct stakes in its portfolio companies, LP stakes or both. “Many Fund X investments are presenting attractive follow-on investment opportunities beyond Fund X’s capacity,” the document said.

The follow-on fund has a GP commitment of 3 percent and can invest up to 25 percent in a single company. Forty-nine percent of the investments made by Insight since its foundation have been minority stakes. Its portfolio is 86 percent weighted towards North America, according to the document.

TA created a fund in the same vein as Insight Partners, closing its Select Opportunities Fund on $1 billion in 2019. The fund targets investments in TA portfolio companies held by the firm’s main equity fund that are being sold to third-party investors. In such deals, TA’s main fund would likely retain a minority stake, with the double-down fund co-investing in the company alongside the third-party investor, Buyouts previously reported.

“[TA is] doubling down on the company with a new buyer,” a source told Buyouts at the time. What they’ve recognized is that “some of their companies are really good, and someone else pays a big price for them, and with some of the companies, the new buyer makes a lot of money on it as well.”

The two offerings are part of a broader trend of GPs finding ways to hold certain assets beyond the limited of the 10-year private equity fund. There has been a general awareness by GPs in recent years that some companies they buy deserve to be held longer, because they still have room to grow. LPs also have questioned why they should be paying carried interest on assets that maybe should be held longer.