Buyouts
Home News and Analysis Firms & Funds Institutional investors are confident in the industry, but keeping a close eye...
Return to search
LPs 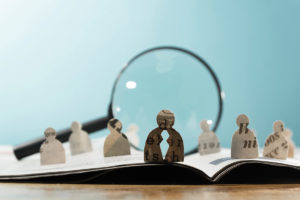 Private equity is poised to see further growth in 2020 as the popular asset class remains in the crosshairs of politicians wanting to regulate the industry.

Studies from last year showed that institutional investors expressed confidence in private markets, particularly private equity, which chipped away at other well-performing asset classes, such as hedge funds.

In November, Ernst & Young’s 2019 Global Alternative Fund Survey found that investors increased their allocations to private equity to 25 percent last year, up from 18 percent in 2018. Hedge funds, despite receiving the bulk of investments, had 33 percent of assets under management allocated to it in 2019, down from 40 percent in 2018, Buyouts reported.

“I think the performance of private equity, relative to other alternative offerings, has been appealing to [investors],” Ryan Munson, partner at Ernst & Young, told Buyouts in November.

The politics of it all

Private equity seems to be on the tip of everyone’s tongues these past few years as the industry has received scrutiny over its ownership of several retailers that filed for bankruptcy, such as Toys “R” Us, Payless and Neiman Marcus.

One of the industry’s most vocal and powerful detractors, presidential hopeful Senator Elizabeth Warren, compared private equity firms to vampires “bleeding the company dry and walking away enriched even as the company succumbs” in a July Medium post.

Warren, looking to regulate the industry, co-authored the Stop Wall Street Looting Act of 2019, which would fundamentally change the way private equity operates. This includes changing the tax treatment of carried interest and limiting a private equity manager’s power to write off interest payments on the debt used to buy companies.

Some institutional investors are uneasy with the rhetoric surrounding private equity. According to an October 2019 survey from global placement agency Eaton Partners, 63 percent of intuitional investors were somewhat concerned about the focus on private equity. Despite the criticism, investors are undeterred from switching up their investment strategies within the industry. About 52 percent of LPs plan to increase their allocations over the next three years to private assets, according to the Schroders Institutional Investor Study 2019.

Investors like private equity because of its ability to bring in large returns. Schroders’ study found 69 percent of investors expect PE to generate returns of more than 5 percent.

State of Michigan Retirement System and University of California’s endowment both saw strong PE returns for fiscal year 2019, both passing their respective benchmarks. California had a 27.4 percent return on its $1.9 billion PE portfolio for FY 2018-19 and Michigan saw returns of 14 percent, Buyouts previously reported.

It’s not just public pensions that see investments in private equity as a winning strategy. Corporate pensions also see the benefit to focus on the asset class, in large part because of a return premium.

“Private equity with its illiquidity premium is one of the places that sponsors can allocate capital and increase the expected returns,” NEPC Partner Brad Smith told Buyouts in December.

Investors know that positive returns aren’t a guarantee, however, especially if the industry continues to receive a slate of negative attention.

Investor interest was evident in last year’s fundraising numbers. During the third quarter of 2019, US buyout funds raised $73.2 billion, an over 48 percent increase from 2018’s third-quarter haul, which brought in $49.3 billion. Buyout firms raised a combined $245 billion by the end of the third quarter, more than 2018’s combined fundraising total of $244.5 billion, Buyouts reported.

A fourth quarter fundraising total was not available at time of publication.