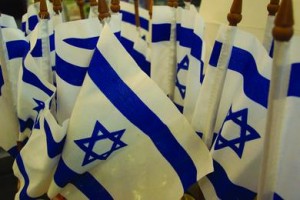 Israel leads the world in private equity investments if considered as a percentage of GDP. And the country bucks the trend for buyouts that is engulfing most of Europe at the moment by continuing to pour money into venture capital. The formation of the Israeli VC industry, as we know it today, can be traced to 1993 when the government decided to establish a fund-of-funds known as the Yozma program (Yozma means initative in Hebrew). Prior to the fund’s establishment, there was only one VC fund in Israel now there are around 80 VC and they have made investments in more that 1000 start-up companies. Israeli VC funds now have total capital of over US$10.3bn. Of this amount, approximately US$6.8bn (66%) was raised between 2000 and 2005.

Over the past 12 years, the average size of Israeli VC funds has jumped from US$20m to US$250m, according to the Israel Venture Association. After a dip during the 2000 crisis, the favourable capital raising environment returned to Israel in 2004 and intensified in 2005. In 2005, Israeli venture capital firms raised US$1.2bn; an increase of 65% from the US$724m in assets raised in 2004, according to research by the Israel Venture Capital Association’s research centre. Over the past two years, foreign pension funds have increased their involvement in the Israeli VC market. These investors included CalSTRS, the California States Teachers’ Retirement Fund, Pennsylvania State Employees Retirement System, TIAA-CREF, CalPERS, NY State retirement System and Oregon Public Employees Retirement Fund. Zeev Holtzman of Giza Venture Capital, a Tel Aviv-based firm, said: “2005 capital raising set a four-year record, confirming the pullout for the year 2000 crises. Investments came mostly from foreign sources, while local investors were generally on the sidelines.” He warned that local inactivity raises concern the Israeli institutions will miss out on the new wave of promising investment opportunities.

The capital raised in 2005 was primarily the result of six VC funds completing their funds raising. These were Benchmark Israel II that closed on US$250m, Carmel that closed its US$200m second fund and Israel Healthcare ventures that closed on a US$140m second fund dedicated to life sciences. Sequoia Israel and Genesis both closed third funds of US$200m and US$160m, respectively, while Giza closed its fourth fund after adding US$ 30m to the US$120m raised in 2004.

Israeli VCs are structured in a similar pattern to their US counterparts as limited partnerships with the VC firm serving as the general partners. The fund has a predetermined lifetime, usually 10 years, and operates as a closed fund with fixed capital. The relationship between the limited partners and the general partner may vary from between funds but in principle the general partner is entitled to a management fee and shares in the capital gains that may accrue as a result of a successful exit. And the exit environment seems to be good in Israel. Many Israeli-companies have gone through successful IPOs. There are presently 70 Israeli companies traded on NASDAQ and around 30 various European exchanges. Israel is ranked second, behind Canada, in terms of non-US companies listed on NASDAQ.