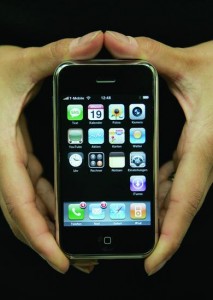 At the turn of the century, venture capital investment in technology start-ups flowed mainly in one direction: enterprise software. Large companies provided fertile markets for this unglamorous but essential service in their drive to create value and raise productivity.

Today, the VC model has shifted, and money is more likely to be employed to create e-commerce channels, to forge new retail opportunities, to facilitate interactive gaming or entertainment, to improve or speed up video or gaming over the internet or to play a role in social networking sites.

“A lot of VC tech investment is driven by consumer electronics,” says Simon Cook, CEO of DFJ Esprit. “It used to be based on the PC and Microsoft, whereas now iPhones and the iPod have shown that what consumers want is lots of small devices. The question is how to get intelligence into these devices.” So the VC-funded tech companies that are most interesting are producing low-powered technology and display technology that can be fitted into any number of existing devices. These companies are then acquired by a giant such as Nokia, to compliment its R&D efforts in GPS technology, for example.

The switch in viewing patterns from TV to PC continues apace, leading to further opportunities for VC investment. Ben Holmes at Index Ventures enthuses about the wonders of Stardoll, a Swedish start-up providing young girls with the chance to dress up their favourite pop star or actor in whatever wardrobe they please. “The model of selling virtual goods is turning out to be an interesting business,” says Holmes. “The younger generation is no longer watching broadcast TV and you can build a business relatively quickly as a VC, whereas something like enterprise software is harder.” Online companies can gain detailed knowledge of their consumers through social networking sites, he says.

Some large companies such as Sage are on an extended buying spree, aiming to consolidate their position and to acquire ever-larger customer numbers and maintenance streams, says Ken Olisa at Restoration Partners. Yet Olisa notes a blockage in the VC-funded pipeline, comprising relatively young companies who do not have many customers – making them unattractive to trade buyers – and who are not mature enough for the public markets. “There is an odd cycle of a growing inventory that can’t move into the market place,” he says. “It’s a consequence of the dot.com boom, with some new players like Shackleton buying up 3i’s technology portfolio – dealing with yesterday’s waste.”

What many VC funders have found in recent months is that European tech M&A activity is now equal to or even slightly ahead of equivalent US activity. In 2007, according to one industry source, US companies spent US$30bn on European technology assets, while Europeans spent exactly the same sum going in the other direction, compared to a far higher spend from the US to Europe in previous years. Simon Cook argues that innovative technology such as low-powered devices helps to explain the change. “US companies haven’t focused on this yet, they still use horsepower. This tradition has come out of Europe and there are many more leaders here than there were 10 years ago.”

While Europe has remained a buoyant source of VC tech funding, patterns of investment have altered slightly, according to several participants. Scottish Equity Partners’ head of investment Calum Paterson has observed a “flight from start-ups and early stage ventures towards later stage investments,” evidenced by the behaviour of companies like 3i and Apax, though he’s not convinced it’s a good thing. “We still do both and think the model makes sense, but it’s certainly a trend in venture capital. We think it’s quite concerning because later stage companies still need start-ups and early stage funding in the first place.”

The motivation is either caution, or myopia, he believes. “It’s a question of risk and returns. You need to seek out risk and embrace it or you won’t make VC-type returns. We are very selective and set the quality bar very high, doing a lot of analysis.” As far as making exits from investments, Paterson agrees that the M&A climate remains buoyant, whereas it is ‘unrealistic’, he believes, to try listing tech stocks on the AIM, LSE or NASDAQ markets at the moment, due to lack of investor appetite for this kind of risk.

Despite this pattern (which is not unique to tech stocks), the sector is in robust health, according to Martin McNair, general partner at Advent Venture Partners. “Over the past 10 to 15 years, the strength of the management teams in VC-funded companies has changed dramatically. We have seen managers coming from North America who understand that product marketing has to be an integral part of the business and can take the company into new markets. Whereas venture capital used to be financially driven, it’s now about building a business, and the need to understand how to create business.”

McNair has seen Europe assume a far greater role in global VC investment, as the high quality of innovation has become more recognised. And in contrast to the ‘wild west’ phenomenon of the dot.com bubble, the sector is now more viable and secure, he believes. Nor has it felt the icy grip of the credit crunch, according to McNair. “The VC community is struggling to see where it’s having any material effect,” he says. “In some routes to market and supply chains there has been some nervousness, but it’s not like private equity, where investors rely on debt; that’s a whole different story.”

Others have noted a shift in the buyer profile for VC-funded assets. “There are corporate buyers for quality assets,” says Scott Collins at Summit Partners. “But some of the frenzy of private equity firms buying from other private equity firms has died down as the debt markets have dried up.” Financial buyers in the past few years, with access to cheap debt, were able to pay prices beyond what the strategic buyers were willing to pay, meaning that valuations have fallen slightly in recent months, according to Collins.

One of the most important factors in VC tech investment in 2008 is the ability of companies to move outside of their national boundaries. Globalisation has meant that where a tech start-up would in previous eras be dependent on its home market, and suffer from economic strife or collapse in recessionary time for that country, today the markets of the Far East, of Russia and the Middle East, of Brazil and Mexico are almost immediately accessible to novel and persuasive ideas.

“Russia is where Europe was five or six years ago, in terms of willingness to buy online,” says Ben Holmes at Index Ventures. “There has also been rapid uptake of e-commerce in China.” For Martin McNair, the new model is to specify products in the US, manufacture them in the Far East and then sell them throughout the world, but particularly in emerging BRIC markets. “There is now always somewhere that is a high growth market, so you need managers who can take you into these new markets,” he says. Simon Cook at DFJ Esprit has seen companies replicating the business models that they have popularised in Europe and the US in order to win business in emerging markets, winning huge new levels of business. The opportunities are great, but so is the initial investment. “You need to be the fastest moving across the globe and you need deeper pockets. Getting into the low-cost centres of China and India happens from day one, whereas it didn’t happen five or 10 years ago,” he says. “And the internet allows you to reach a global customer base very quickly.”

This speeding up effect in global trade is cheering to economists, who argue that the chances of a worldwide recession are far lower now that the movement of capital is so fluid and that the cost of transactions has fallen dramatically. Conversely, the soaring use of fossil fuels by a newly mobile and affluent population of billions is threatening to boil us all into oblivion.

This is where the new industry phrase ‘convergence technologies’ comes into play. Bruce Huber at Jefferies Investment Bank says there are opportunities for VCs to invest in things such as software solutions to electricity grid management or ‘smart meters’. “These kinds of technology were not available before the development of the modern internet structure. As the worlds of IT and cleantech collide, it is creating a lot of opportunities.”

Two years before the release of the hugely popular and influential climate change documentary An Inconvenient Truth, former US vice-president Al Gore co-founded a VC firm aimed directly at the cleantech sector, Generation Investment Management, which is based in both London and Washington.

With his environmentalist credentials, Gore is well suited to the business. Yet he is just one of a whole new generation of venture capitalists who are riding the ‘cleantech’ wave that emerged in 2006 as a ripple but has now become a flood. Among the surfers is Kleiner Perkins Caufield & Byers (KPCB), which in late April this year closed a new US$700m investment fund, with a third of the total heading for cleantech start-up funding. Another KPCB US$500m Green Growth fund will invest in later stage environmental companies. The VC company also counts Gore as a partner, following the 2007 launch of a global collaboration between the two firms to promote green issues.

“We believe green technology could be the biggest economic opportunity of the 21st century,” says John Doerr, partner at KPCB. The company has already put more than US$200m into cleantech start-ups in the past two years.

As Huber explains, “There’s an enormous market focus on cleantech at the moment, supported by regulatory drivers, by the spiralling cost of fossil fuels and by security issues. The US and UK used to be self-sustaining in energy, but energy reserves are now in parts of the world with greater political risk. We need to wean ourselves off being dependent on Russian gas and Middle Eastern oil. Plus there are climate change issues.”

Altogether, the prospects have never been better for tech companies with innovative energy solutions in solar or wind power, fuel cells or technology to improve the efficiency of biofuels, among many other applications. “The demand is enormous,” Huber points out. “We are in a world where there is a trillion dollar market for fossil fuels and imperatives to drive economic growth, but in a more sustainable way. It demands a massive amount of capital, but there are important policy overlays.”

With such potential for overlap between traditional high tech and cleantech, investors are presented with a wealth of opportunities, and just when the buyouts world is wilting under the heat of economic meltdown, VCs are in prime position to take advantage.