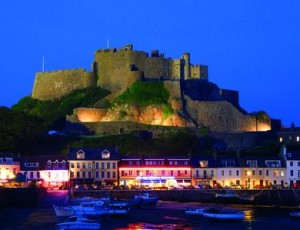 When Jersey faced Guernsey in the final of the Muratti Vase football cup last year, the game ended 0-0 with Jersey then shading it 7-6 on penalties.

It is a similar story with their competing regimes for alternative funds: the cut and thrust of inter-island rivalry tends towards stalemate in the long-run, as first one edges ahead only for its lead to be pegged back.

A complete rundown of eligibility criteria and application forms are available online from the Jersey Financial Services Commission (FSC). Suffice to recall here that key concessions for both fund classes are that they absolve investors from having to use Jersey administrators or other service providers; and that funds likely to be set up under this regime are deemed to be grown-up and experienced enough to know what regulatory requirements, and where, they need to meet without Jersey adding another tier of oversight.

Like Jersey’s Expert Funds, and with some caveats, unregulated funds can be set up in as little as three days once applications are received, completing a regime that is aimed at helping Jersey to compete for hedge fund business that has hitherto favoured the Cayman Islands due to the need for speed that the asset class values in bringing new funds to market.

Moving at a rather statelier pace, private equity is adopting something of a ‘wait and see’ approach.

Within days of the launch, the early response was typified by Philip Shuttleworth, head of finance and administration at London based midmarket house , and who doubles up as chairman of the taxation committee at the (BVCA).

“It is to be applauded as an initiative that makes it easier and quicker to set up funds,” said Shuttleworth, speaking with his ECI hat on. “But only time will tell how useful it is for private equity and/or venture capital.”

Early caution notwithstanding, Shuttleworth speculated that the new regime might be useful in establishing feeder funds, and that early adopters for this or any other use might include PE players that already had a presence in Jersey.

However, by the time a month had elapsed, law firms were reporting clear indications that PE was becoming intrigued by what advantages the new regime might offer.

“There’s no good reason that it can’t be used to speed up the process for establishing PE funds,”said Ben Robins, a legal partner at Mourant du Feu & Jeune, part of advisory and administration services provider .

Unregulated Eligible Investor Funds require investors that are investing at least a million US dollars each, which is no problem for most PE funds. There is also scope within the regime for advisory team members to put in smaller amounts so that they can take their carried interest out of the structure.

Robins and colleagues have identified a small technical wrinkle in the drafting that might create a difficulty over the regulatory position of a general partner in relation to an unregulated PE fund. But prompt discussion with Jersey’s Financial FSC, which saw the point, was expected to lead rapidly to a drafting fix to iron out the wrinkle, leaving advisers free to step up presentation to intermediaries on both the PE and hedge fund sides.

“Everyone’s interested,” said Robins “I suspect that one reason for PE interest is that a lot of the new funds coming across our desk these days are from smaller, new private equity houses. I think it’ll probably fly best with the small to mid sized players. The mega funds won’t be raising new funds, they’ll be spending the money they raised last year in what is now a difficult climate where they can’t get any leverage.”

Under previous, and continuing, regimes – Expert Funds in Jersey, and Qualified Investor Funds in Guernsey – the bona fides of a new promoting team must be checked by the local administrator.

The time taken to do this varies from case to case. Some fund promoters are well organised, have their own company secretarial departments, and can provide the information within a week.

In other cases, they can be very busy, travelling around trying to do deals and meet investors, so getting them to focus on such requirements can take time, maybe some weeks, though approval when all documentation arrives as the FSC takes only three days.

The beauty of the new, unregulated regime is that the focus on the promoting team is reduced, so theoretically is should be quicker and easier to launch such funds.

But with PE funds tending to take some months to launch anyhow, does it matter? “The timing element may not be too much concern to a (PE) client,” concedes Robins, “but the legal fees will certainly be cheaper”.

By mid-March, Mourant alone had received at least half a dozen direct enquiries about using unregulated funds for PE, said Robins. “When we go out and explain the regime, people are very interested. I suspect that the trickle will become a bit of a flood.”

It was the same story at , the global offshore legal, fiduciary and administration service provider which operates in Jersey. On the day EVCJ phoned, corporate and commercial legal partner Andrew Weaver had two enquiries from PE firms sitting on his desk, one via law firm Clifford Chance.

“I think it’s likely there will be quite a lot of appetite for unregulated funds,” he said. Weaver sees features that could appear particularly attractive to PE and venture capital when set against, say, the Expert Funds currently favoured by some.

He explains that the key to understanding this attraction is the traditional vehicle of a limited partnership, which involves establishing a general partner with unlimited liability.

“So it will always involve a newly established special purpose vehicle, and if we are talking about a regulated fund, say an Expert Fund, the SPV will itself be Jersey regulated and have to comply with regulation.”

While a special regime for GPs of Expert Funds means that the regulatory burden is not placed on the SPV, but is pushed on to the local service provider in Jersey, capital adequacy still comes into play and there is a degree of regulatory oversight of the funding of the GP.

“I think as PE firms become more familiar with unregulated funds, they will increasingly go for unregulated status unless there’s an issue as far as the investors are concerned,” he predicted.

While conceding the appeal to hedge funds, he expects PE and VCs to take advantage in time, particularly as asset classes start to converge under the umbrella of large, internationalised groups.

Whatever PE funds or investors want, Jersey now has a full suite of solutions that make it as competitive a location as any in Europe for domiciling alternative funds, according to Kirkby.

Broadly, these are: unregulated funds; expert funds with only a three-day approval process; listed funds for close-ended corporate funds listed on recognised stock exchanges or markets; very private schemes with 15 or fewer investors where the FSC generally does not review any documents; private schemes for 50 or fewer offerees, where the FSC must approve the status of functionaries, structure and the offering memorandum; other retail funds regulated on a case by case basis; and recognised funds that may be marketed directly to the public in the UK.

Funds under administration in Jersey reached a record £246.1bn in 2007, an increase of £67.0bn (37%) on the previous year, according to recent FSC statistics.

Geoff Cook, chief executive of Jersey Finance Ltd expressed confidence in prospects for 2008, citing the Unregulated Fund Regime as one cause for such optimism. More new vehicles are in the pipeline.

Guernsey is not standing by idly. In 2007, the value of private equity funds under management and administration there rose £13.6bn (66%) to reach £34bn.

Guernsey has been, and still is, more favoured by private equity and venture capital. Its reputation was underlined in February when Guernsey-based Schroder Private Equity Services (SPES) was named ‘Best Private Equity Fund Administrator 2007’ at the EVCJ awards. The island is expected to respond to its neighbour’s Unregulated Funds Regime if need be.

“I think they’ll look at it very closely, at the volumes of new business that come in, and also at the extent that Jersey is potentially losing administration business because, for unregulated funds, there is no need for the full complex administration to be done here in the island,” said Ben Robins at .

That is the risk for Jersey. But its finance sector is hoping to attract sufficient additional volumes of funds to make up for any shortfall. It also hopes that because basic administration – keeping the register of the limited partner’s interests and the partnership’s registered office etc – must be done in Jersey, then additional work will follow.

Rivalry between the islands over decades has arguably propelled them further up the league table of offshore financial centres than competing solely with further flung jurisdictions might have.

Jersey was placed 16th and Guernsey 19th in the recent Z/Yen Group ranking for the City of London of the world’s Top 20 financial centres, as based on external benchmarking data and current perceptions of competitiveness.

Both were ahead of traditional competitors such as the Isle of Man (21st), Dubai (24th), Cayman Islands (25th), Gibraltar (26th), British Virgin Islands (27th) and Hamilton in Bermuda.

As both Channel islands grow in scale and stature on the international stage, some service providers are concluding that they need to be present in both locations in line with clients’ increasing demand for partners that can meet their increasingly globalised needs.

For example, in 2006 Mourant added a Guernsey office to its Jersey operations; while in January, established itself in Jersey to complement its Guernsey presence. “If you can’t beat them, join them,” joked Connie Helyar, executive chairman at Ipes, the private equity focused fund administrator.

Some even question whether statutory regimes are all that important anyhow in shaping funds’ geographical choices, given that jurisdictions respond habitually to each others’ competitive changes to regulation.

“So long as there are not significant regulatory hurdles, they can be overcome,” said Appleby’s Andrew Weaver. “What’s most important is the long-term ongoing relationship with the administrator, and the cost of that relationship.”

He reports hearing it said that up until the end of 2007, Guernsey administrators had a

“But I think that’s beginning to change, and I think there are two reasons. The market’s hotting up in Jersey because there are a lot of new entrants to the field. And truth be told, the Guernsey market had got quite tight.”

With healthy rivalry set to continue, the islands will continue to play out their never ending game of offense and counterattack, while private equity cheers from the hospitality boxes and enjoys the wider and cheaper range of tickets on offer.