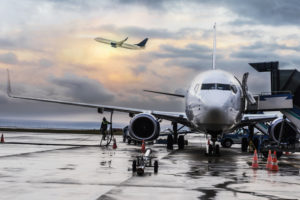 JF Lehman & Company, a niche investor in complex and regulated sectors, returned to the market with a sixth flagship offering.

North American private equity fundraising slowed in the first half, with $255 billion secured, according to Buyouts’ data, down 18 percent year over year. This owed to a demand-supply imbalance, as proliferating funds met with supply curbs erected by overallocated LPs.

Founded in 1992 by John Lehman, Donald Glickman and George Sawyer, JF Lehman began as a financial advisory shop for aerospace and defense companies, ATRS documents said. It was transformed into a PE firm in 1997 with the launch of a debut institutional fund.

Control investments of $50 million to $350 million are typically made in North American and UK companies with EBITDA of $10 million to $75 million or greater. Targets are mostly founder-owned establishments or carve-outs which possess market-leading engineering and technical capabilities as well as specialized products and services.

Particular emphasis is given to suppliers to agencies of the US government and commercial customers, ATRS materials said. As part of its post-investment value creation, JF Lehman’s team looks to transition products and services originally developed for government to commercial purposes and vice versa.

JF Lehman’s portfolio holds 13 active platform investments. A 14th investment will soon be added following a summer agreement to buy Atlas Air Worldwide, an outsourced aircraft and aviation operating services provider. The deal, valued at about $5.2 billion, is being led by Apollo Global Management in partnership with the firm and Hill City Capital.

JF Lehman also recently announced the close of its sale of Lone Star Disposal, a construction and demolition and municipal solid waste disposal and environmental services provider, to Waste Connections. The company was acquired in 2019.

As of March, JF Lehman’s Funds III, IV and V were together generating a gross investment multiple of 2.1x and a gross IRR of 26.7 percent, according to ATRS documents.

The firm, which has offices in New York and Washington, DC, did not respond to a request to comment.