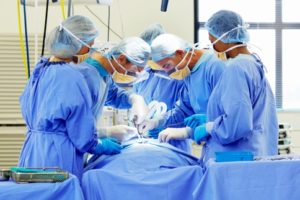 Amulet Capital Fund II is seeking $500 million, the person said. Despite the challenges posed by covid-19 for managers with first- and second-time offerings, Amulet is on track to wrap up fundraising early next year, the source added.

Fund II’s sprint to a final close may be helped along by an exit. Amulet this month announced it is selling Synteract, a contract research organization that supports biotech and pharma businesses. The buyer, Syneos Health, reported a purchase price of $400 million.

Synteract was acquired in 2016 as the first investment of Amulet’s debut fund. Its sale to Syneos is expected to generate a more than 4x multiple and 40 percent gross IRR, the source said.

Frank was a JLL senior managing director from 1999 to 2012. His deals there included PharmaNet, acquired in 2009 and sold in 2011 to Thomas H. Lee Partners-owned inVentiv Health. JLL realized a 3x multiple from the exit, PE Hub reported. Before JLL, Frank was a managing director with DLJ.

Rose worked with Frank at JLL as a principal from 2007 to 2010 and played a role in the PharmaNet deal. Prior to Amulet, he was a principal with Health Evolution Partners, co-heading healthcare services investing.

Frank and Rose brought this experience to the design of Amulet’s strategy. A key focus is healthcare and healthcare-related deals with a degree of difficulty and complexity. This includes everything from distressed and underperforming companies to companies doing add-ons or needing solutions to specific business-building problems.

Amulet writes checks of $25 million to $150 million for control, growth and structured equity investments in mid-market healthcare businesses. Target opportunities with long-term fundamentals are sourced in a range of segments, including life sciences outsourcing, payor and payor services, and providers and outsourced services.

Amulet’s inaugural fund closed in 2016 at $300 million. Along with its successor, the firm is presently marketing a $75 million overage vehicle for Fund I, an October report by New York State Teachers’ Retirement System said.

Amulet’s portfolio holds five platform companies, according to its website. Among them is Fund II’s first investment, US Fertility, a physician practice manager that supports fertility programs. Amulet earlier this year formed the business in partnership with Shady Grove Fertility.

Other senior members of Amulet’s team include partner Nick Amigone. He joined in 2015 from Willett Advisors, the family office of Michael Bloomberg.

(This story was updated to adjust the title and correct Amulet Capital Partners’ founding year.)