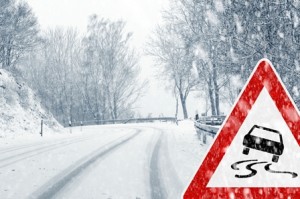 Loans that fund smaller leveraged buyouts, where companies often do not have the size or financial resources to weather a business downturn, look particularly hazardous, Doug Petno, chief executive of commercial banking at JPMorgan, told Reuters.

Other lenders seem to be overly confident about the future because loan losses in leveraged buyouts – considered a risky area in general – have been low recently, Petno added.

Seven years after the financial crisis, lenders are relatively sanguine about credit risk. Outstanding loans grew 1.63 percent in the first quarter for all U.S. banks from the fourth quarter, according to the Federal Reserve, a solid pace by historical measures.

But JPMorgan, the largest U.S. bank by assets, is growing slower than the overall market, and sees reasons to be more selective about credit quality now. On Tuesday, it said its loan book grew just 0.9 percent on a sequential basis to $764 billion.

All of JPMorgan’s middle-market loans represent about $50 billion of that, so the slow growth likely reflects caution in other areas of the bank, too.

“It is quite likely that the bad loans in the industry are getting done today, when the credit market is so benign and everybody is lending,” Petno said in an interview before the bank posted better than forecast quarterly earnings.

“In the short-term it limits their participation in the economic booms, but it probably helps them stay away from the busts, too,” Cannon said. “It makes them more stable.”

Regulators share JPMorgan’s concerns about credit quality for leveraged buyouts, in which companies are acquired using borrowed funds, often using their assets as collateral. In 2013, the Federal Reserve and other U.S. regulators set guidelines for how much debt was reasonable for private equity firms to use in leveraged buyouts.

Those guidelines, which limit the debt to around six times a measure of cash flow known as earnings before interest, tax, depreciation, and amortization, seem to be having an impact on the overall market for buyouts: average levels of debt relative to EBITDA have dropped to 5.7 times so far in 2015, versus 6.6 times in last year’s third quarter, according to Thomson Reuters Loan Pricing Corp.

Smaller buyouts tend to feature lower ratios of debt to EBITDA, but those levels have been creeping higher. The ratio of average debt to EBITDA in smaller deals rose to 5.43 in 2014, nearly as high as the peak of 5.53 in 2007 before the financial crisis.

The lending terms known as covenants have also become too loose for JPMorgan’s comfort.

“To me, that is the riskiest lending out there,” Petno said. Of the $385 billion of loans made last year to companies that do buyouts, $65 billion were for smaller deals, according to Thomson Reuters. Middle-market LBOs hit a post-crisis high in 2014.

Big banks have reasons beyond credit quality to dislike buyout loans for small companies. The loans tend to require banks to hold more capital to satisfy regulators than with other loans. They are relatively expensive to make for their size. Because they are small, they are harder for banks to trade away if trouble hits.

There are reasons to be concerned about credit quality among companies in general now. The National Association of Credit Managers said in late March that fewer companies appear to be extending trade credit to other businesses. The drop is the first since 2008.

And 26 publicly traded U.S. corporations filed for bankruptcy in the first three months of 2015, the busiest first quarter since 2010, according to a Reuters analysis of data from research firm bankruptcompanynews.com. Data for smaller, privately-held companies was unavailable.

To be sure, these are early signs of difficulty and may just be blips. And JPMorgan is still more than willing to extend credit. The bank’s loans to small and mid-sized companies grew 4 percent in the quarter, powered in part by companies drawing more on their lines of credit. JPMorgan likes those loans because they are made to customers whose credit it has already vetted and which they’ve often known for years.

In prior quarters, its discipline has proved more painful. In the first quarter of last year, for example, the bank posted a 19 percent decline in profit in part because it was not willing to take more risks.