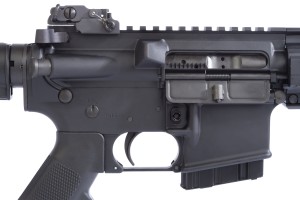 A Connecticut judge refused to throw out a lawsuit against Cerberus Capital Management portfolio company Remington brought by family members of the 26 victims of the 2012 Sandy Hook elementary-school shootings.

The relatives of nine of the children and adults killed in the shooting filed the wrongful-death lawsuit in 2015 on the grounds that some Bushmaster Firearms weapons shouldn’t be sold to the public because they’re too lethal and should be only for highly trained military personnel.

Lawyers representing Remington, owner of the company that made the Bushmaster AR-15 assault rifle used in the incident, argued that a 2005 law shielding firearms makers from liability lawsuits should apply in this case. At the time of the shooting, the Cerberus portfolio company that owned Bushmaster was called Freedom Group.

Josh Koskoff of Koskoff Koskoff & Bieder, a personal-injury lawyer representing the families, said that the relatives will continue their court fight and that they’re thrilled with the judge’s decision, according to published reports.

A Cerberus spokesman didn’t reply to an email or phone call from Buyouts. The firm declined to comment on April 14, the day of the ruling, according to reports.