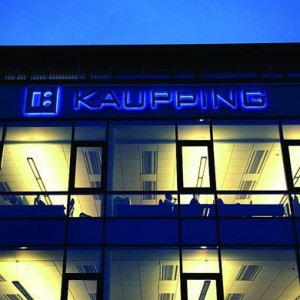 Iceland-headquartered committed £200m to its first third party private equity fund, and has raised an additional £300m from third party investors. Kaupthing will therefore own 40% of the total £500m in the fund.

The third party investors are primarily pension funds, investment companies and high net worth clients. Kaupthing initially intended to raise between £100m and £200m from investors but due to excess demand the amount was increased to £300m. The fund was raised in four weeks making it the quickest fund raising so far in 2007 – it is to close in the next few weeks.

Future unlisted investments made by the bank will be held by KCPII, which will be managed by , the in-house private equity team. Assets in private equity owned by the bank at the end of last year will not be held by KCPII. David Sherratt, head of Kaupthing Principal Investments, described the fund’s strategy as “a continuation of what the bank was already doing on its balance sheet”.

The establishment of the fund will increase transparency and provide clarity and discipline over Kaupthing Bank’s private equity investment strategy. The fund will also enable the Bank to take part in larger and more numerous projects and increase activity within other business segments of the Bank. According to Sherratt, the fund will look to invest in companies in the £50m to £500m range and will co-invest for larger deals. Kaupthing is a generalist investor but takes special interest in four sectors: consumer market, media, healthcare and business services in the UK and Nordic regions.

The Bank will initially focus on investment banking and wealth management in this region. But Sherratt said: “Private Equity is at the heart of the bank. We want to replicate our private equity success in all the regions in which the bank operates. So there is a good possiblity that we will explore private equity in the Middle East.”