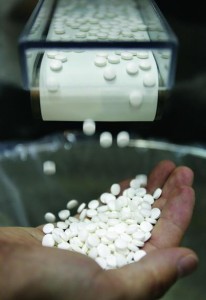 A combination of government interventions to lower prices – in response to an ageing demographic – poor productivity from pharmaceutical research and a drive to encourage uptake of generic medicines has prompted a flurry of mergers and acquisitions by Japanese drugs companies.

So far this year a total of US$17.1bn in 13 outbound pharma M&A deals has been registered, a national record. This includes Eisai acquiring US biotech group MGI Pharma for US$3.9bn, Takeda paying US$8.45bn for Millennium Pharmaceuticals and Daiichi Sankyo acquiring Indian generics manufacturer Ranbaxy for US$5.33bn.

“Takeda and others making very aggressive M&A moves is relevant for us because we’re growing companies that big pharma will want to buy,” says David Porter, managing partner at Apposite Capital in London, who has a Tokyo office and several Japanese staff. “It’s an exciting prospect.”

Apposite is just two years old but has identified the pharmaceutical market as having rich potential for vc growth. “Former prime minister Koizumi made reforms to allow generic drug competition to begin,” explains Porter. “The Japanese drugs market is very mature, so a lot of products are coming off patent. The sub-scale size of the Japanese pharmaceutical industry means a lower percentage is spent on R&D than in the West and there is a lack of productivity from research. These factors, together with the constant reduction in prices forced by the Japanese government, have led people towards generics.”

Nevertheless, there is an innate resistance to generic drugs in Japan, due to perceptions of low quality and unreliability. Japanese consumers are unwilling to buy them and Japanese doctors are unwilling to prescribe them. But now that domestic drug firms are acquiring generic manufacturers overseas (such as the Ranbaxy deal), the prospect of rebranding foreign generic drugs, establishing new quality controls, yet keeping manufacture in a low cost economy such as India, is becoming a possibility. “I’m sure that will happen,” says David Porter at Apposite Capital.

For the major pharmaceutical companies this will present increasing difficulties, as their product pipelines are affected and the profitability of their drugs declines. “The only way for them to square the circle of a rising demographic is to cut costs,” says Porter. “And the only way to do that is to buy more generics manufacturers.”

Takeda Pharmaceutical’s US$8.8bn purchase of Cambridge, Mass-based Millennium Pharmaceuticals was prompted by the forthcoming expiration of its two biggest-selling products, ulcer drug Prevacid (expiring in 2009) and diabetes treatment Actos (2011). By contrast, the drug pipeline at Millennium includes the blood-cancer treatment Velcade, which is expected to reach sales of US$345m in 2008 with the prospect of yet further growth as the US Food and Drug Administration is expected to clear it for more widespread use.

Takeda is thought to have a fund of US$10bn to expand into overseas markets, and has already acquired biotech company Amgen’s Japanese unit and bought out Abbott Laboratories’ share of the US joint venture. The deal for Millennium is a new direction for Japanese pharmaceutical companies, with the deal value more than double the nearest equivalent, Eisai’s acquisition of cancer company MGI Pharma for US$3.9bn.

At a premium of 53% over the closing price for Millennium shares at the time of the acquisition, the deal surprised many in the drugs industry and caused Millennium shares to jump by 49% following the announcement. There was a similar sense of generous valuation at the news that Japanese drug firm Daiichi Sankyo had paid up to US$4.6bn for 50.1% of the voting rights in India’s largest pharmaceutical company Ranbaxy Laboratories. Yet whereas Takeda’s share price fell slightly on the Millennium news, Daiichi registered a 5% rise after the announcement, showing that the market judged the price to be well worth paying.

Daiichi will become the second largest pharma company in India with a market share of around 5%. It will have an excellent platform to launch its products in India, taking advantage of low cost labour and manufacturing facilities, potentially lowering its cost base for products sold globally.

Until 2005, Japanese drugs companies had to manufacture at least part of their products in-house, dissuading many from outsourcing operations. The repeal of this law brought Japan into line with the US and Europe and encouraged deals such as Daiichi’s acquisition, just as rival drugs firm Eisai has established an Indian subsidiary.

Most recently, Japanese pharmaceutical company Shionogi agreed to pay US$1.42bn for US firm Sciele Pharma, as a means of gaining an established US sales and distribution network. Of Sciele’s 970 employees, 84% are sales representatives. The imperative for Shionogi to expand overseas was underlined by the US$31 per share it agreed to pay for Sciele, a 61% premium on the company’s closing price at the end of August this year when the deal was announced.

Further changes of emphasis in the Japanese pharma market, as the pressure to lower prices and increase productivity continues, will present venture capital with growing opportunities, David Porter believes.