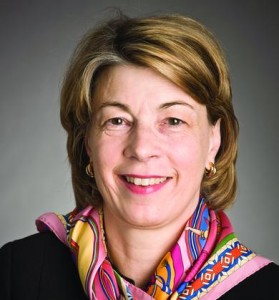 Barbara Kux and Dr Hubertus Erlen have been appointed to the European Advisory Committee of private equity firm .

Since 2003, Kux has been a member of the group management committee of Royal Philips Electronics after a career spanning more than 20 years in executive management positions with Ford Europe, Nestlé SA, Asea Brown Boveri and McKinsey & Company.

Erlen is vice chairman of the supervisory board of Bayer Scheing Pharma and spent more than 30 years at Schering, where he was chief executive officer until 2006.

Erlen, an engineering and business administration graduate of the Technische Universität of Berlin, is a member of the supervisory boards of Celesio AG and the central advisory board of Commerzbank AG. He is chairman of the international affairs committee of BUSINESSEUROPE, the leading confederation of European business federations, and chairman of the Robert Koch Foundation.

Other members of the committee include Sir James Crosby, former chief executive of HBOS, Francis Mer, former Minister of the Economy, Finance and Industry in France, Alan Milburn, former Secretary of State for Health in the UK and Lord Patten, former Governor of Hong Kong and Commissioner in charge of external relations at the European Commission.