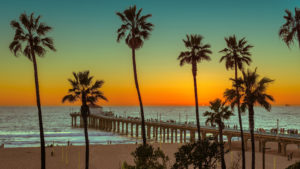 Los Angeles County Employees’ Retirement Association may increase the amount it can allocate to its co-investment and secondaries programs.

Many LPs have eyed co-investment opportunities going forward as a way to reduce management fees. Others have also discussed the role secondaries can play in a private equity portfolio, especially as many retirement systems are overallocated to the asset class.

LA County investment staff would like to allocate up to 30 percent of its private equity portfolio to its two co-investment and secondaries programs, an increase of 5 percentage points from the top of its current range.

The proposal is included in documents provided in advance of the system’s Equity Public/Private committee meeting scheduled for November 9. Buyouts reviewed the documents.

Each of these strategies work with seven active GPs, with a combined 21 investments between them.

According to the documents, the system has saved $20 million in fees through the co-investment/secondaries programs since their inception. Since 2019, co-investments have earned 46.5 percent net IRR and secondaries 25.7 percent, beating the overall private equity performance of 24.8 percent.

In addition to potentially hiking its allocation to co-investments and secondaries, LA County staff may consider a possible secondaries sale between $500 million to $1 billion in the future. No other details about the potential sale were included in the documents.