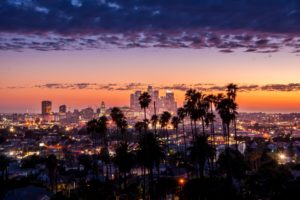 A committee of Los Angeles County Employees Retirement Association’s Board of Investments approved staff-recommended changes to the $58.8 billion fund’s secondary and co-investment programs, aimed at giving LACERA more options in the private markets.

Staff recommended doubling the amount Chief Investment Officer Jonathan Grabel can spend on secondary purchases without board approval from $100 million to $200 million.

The hike in the delegated purchase limits would be in effect for the 2020 and 2021 calendar years.

In addition to the overall purchase limit, staff would be allowed to spend up to $130 million on any single interest and up to $150 million of non-U.S. interests, according to a document outlining the proposed changes. Both these limits are also double what they were before.

Staff also suggested “simplifying the secondary purchase parameters to provide LACERA maximum flexibility to pursue opportunities,” according to an agenda for the committee meeting Wednesday.

The proposed guidelines would allow investments in funds where LACERA is already an investor and funds run by managers LACERA supports, among other things.

Funds in which LACERA buys an interest must also have at least 70 percent of their commitments deployed.

LACERA is allowed commit up to 10 percent of its private equity market value to secondaries.

“We want the flexibility to execute if more opportunities become available as a result of a potential market selloff,” LACERA told Buyouts in an email. “We are optimistic about the interests we have bought to date.”

Staff also wants to widen its options for potential co-investments, which as of now are restricted to funds that LACERS already invests in.

A staff presentation given Wednesday said LACERA has invested in only one out of 19 deals reviewed.

To meet its goal of three to five deals a year, LACERA would need to increase its deal flow three to five times. That is difficult under the current rule. Of the 43 current LACERA managers, only 21 offer co-investments and only 11 of those have offered actual deal flow.

“LACERA’s sources of co-investment deal flow are too narrow and concentrated among a handful of managers,” the presentation said. “Widening LACERA’s deal funnel would increase the quality of deals that staff could review.”

A new passage in the guidelines would allow LACERA staff to source co-investments from board-approved managers LACERA backs, or alongside managers that “a board-approved discretionary private equity manager has approved for investment with LACERA.”

The committee approved these requests on Wednesday, staff told Buyouts, but they will have to be approved by the full board at its next meeting, set for Dec. 11.