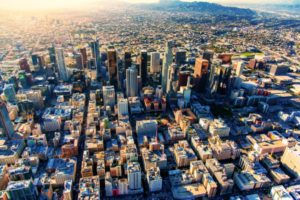 Los Angeles City Employees’ Retirement System’s staff will recommend the $18.87 billion pension kick off its co-investment program by investing in commingled funds, according to a presentation set to be delivered to its board next week.

Staff will suggest LACERS designate up to 10 percent of each year’s private equity commitments for co-investing. The goal would be to invest between $25 million and $50 million with “one or two” top-quartile managers.

LACERS has been aiming to get into co-investments for some time. Private equity consultant TorreyCove Capital Partners has been educating the board on various options for a potential co-investment program, as Buyouts reported.

The staff presentation focused on five possible courses of action, ranging from investing in commingled funds to completely in-house management of co-investments.

The advantages of investing in commingled funds included access to investments with GPs with whom LACERS has not previously invested, abundant dealflow, a dedicated team overseeing the co-investment fund and diversification of assets. The disadvantages are higher prices and being limited to only the co-investments chosen by the fund. Commingled co-investment funds usually have a 1 percent management fee, 10 percent carried interest and 8 percent preferred return.

Staff also recommended that if the commingled fund investments “deliver consistent risk-adjusted returns with a lower fee structure,” LACERS should proceed to the next option in the range of co-investment opportunities: a separately managed account.

Staff said some other public pensions had approached launching a co-investment program in the same way.

“Peer choice of approach was influenced by risk appetite, staff size and skill set, and the size and history of their private equity program,” staff said in the presentation.

Staff said it assembled the report from reviewing academic research and industry studies, discussion with peer public pensions and meetings with potential managers.

LACERS’ board meeting is scheduled for Tuesday, March 10.

LACERS did not respond to a request for comment.