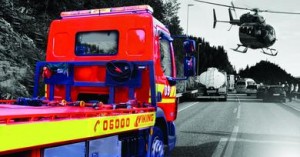 Debt financing was provided by DnB NOR Bank. Advisers were Thommessen Krefting Greve Lun, AT Kearney and KPMG.

Founded in 1956, Viking also provides medical assistance and is operated through exclusive franchise agreements with service stations in rural areas. Revenues in 2008 were about NKr300m (€36m) and the Oslo-headquartered group has 80 employees.

HSBC Private Equity and Actis Capital LLP are preparing rival bids for a stake in Franklin Offshore International, sources said last week, as 3i seeks to sell its majority stake in the oil services company.

A deal for Franklin Offshore may fetch about US$400m for 3i said sources with direct knowledge of the deal.

British companies 3i, HSBC and JPMorgan the bank running the auction, all declined to comment, while Actis was not immediately available for comment.

“It’s a typical mid-market deal and the size of the deal is ideal to many potential buyers in the current market situation when dealmakers may not want to be too early to bet on big deals,” said one of the sources.

Besides HSBC and Actis, the deal has also received attention from other Asia-focused private equity firms, which the sources declined to name.

The planned sale of 3i’s stake in Franklin Offshore came after the Singapore-based oil services company failed to go public last year when global markets crashed during the financial crisis, the sources said.

JPMorgan was appointed to help Franklin Offshore with its planned initial public share offering last year, said the sources. They declined to be identified as they were not authorised to speak to the media.