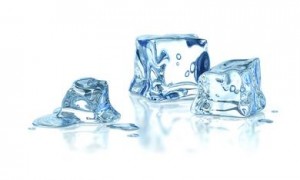 Global buyout activity has plunged to a four year low according to Thomson Reuters’ data. Around US$180bn worth of deals have completed over the past 12 months, and it’s clear that for those operating in the LBO space, it’s time to do some thinking.

A recent market commentary released by fund-of-funds manager Capital Dynamics revealed that there has been no new LBO mega deals since 2007. Listing the infamous causes for panic in the industry, including the sub-prime losses, as well as the collapse of Lehman Brothers and Bear Stearns, the report ushered in a note of optimism that seems to indicate that the mega deal model is dormant rather than dead.

John Gripton, managing director and head of investment management Europe at Capital Dynamics, says of the new debt-free LBO market: “The structure of deals will be different and for the foreseeable future, mega deals just won’t happen. We’re probably looking on average at 55% debt, 45% equity and in terms of the mid-market, the equity used is now more than the debt and we’ll see some more mezzanine used in the financing of deals.” KKR is one of the many buyout firms that is said to be planning on expanding into mezzanine financing.

The timidity of the once enthusiastic banking sector has crippled the leveraged buyout market. As Graham Randall, senior managing director of finance company CIT Europe, says: “In the US there are only four financial institutions that are lending into the leveraged market. The rest have said nothing for the rest of the year.”

Managing director of private equity firm HIG Capital, Paul Canning, has witnessed a ‘do nothing’ attitude developing among certain vendors. “Some investors don’t realise that the landscape has changed and many believe that by sitting on their hands things will get better,” he says.

Capital Dynamics points the finger at the large amount of hung debt that peaked around US$340bn, which had burdened banks’ balance sheets to a degree that prohibited further mega deals.

Although the larger deals are on hold, all is not lost. Capital Dynamic’s commentary assures that in general many companies continue to be in good health despite the cooling off period. Liquidity is said to be recovering slightly, M&A activity has picked up and certain mega transactions have been completed in recent months. Lion Capital acquired frozen food manufacturer the FoodVest Group from buyout firm CapVest for £1.1bn in the largest UK LBO in 2008 and, LBO giant Permira sold German mobile service provider Debitel to internet company Freenet for €1.6bn.

But, in spite of the odd deal, it is clear that times have changed from the golden years of 2006 and 2007. Ian Bagshaw, partner in law firm Linklaters advises private equity GPs and LPs to take advantage of the opportunities that are available during the current crisis. “The traditional market is on ice. Opportunities are arising but under new rules like emerging markets, primary buyouts and distressed assets,” he says.

This talk of opportunity appears to be more than just wishful thinking as acquisition values are on the decline. And as the economy continues to weaken this trend is expected to accelerate and companies will be bought at attractive prices again. “For those who are willing to participate there are plenty of opportunities but they won’t be as gift wrapped as they used to be. There is more money in private equity than there ever was before. No one is going to eradicate the private equity boom and bust,” says Bagshaw.

Overall there is a prediction that buyout performance will decrease from the vintage years 2005 to 2007 and Capital Dynamics doesn’t expect massive value destruction. Of the many opportunities that are becoming available to those with equity, there is much agreement that those who will come out winners of the current economic situation will be distressed players. “In the New Year it will be tough and I think we will start to see some failures. But the New Year is a good time to invest, and we will see deals come back into the market even if it’s in recession,” says Randell.