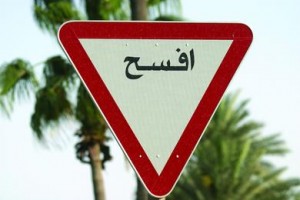 The Middle East is seeing a new level of debt market sophistication, especially in the long under served mid market, creating new demand for acquisition finance and even winning the support of traditional corporate owners.

Amjad Ahmad is chief executive of NBK Capital’s investment and merchant banking operations: “Traditionally the region has seen a lot of “name based lending” by banks, to companies with strong links to established business families for instance.”

“It is often difficult to get lending for small and medium size companies especially those in the services sector. Cash flow lending is becoming increasingly available, though there is still a tendency for lending to be based on tangible assets.”

But sponsors are now beginning to be able to borrow now only against assets but against cash flow, and subordinated debt is even starting to be seen, but there is no sign of a rapid ratchet up in gearing.

“Most businesses acquired by financial sponsors tend to focus on growth capital and therefore require more equity investment rather than debt financing. Additionally, LBOs tend to feature relatively low leverage: 1x to 3x ebitda, rather than the higher multiples seen in the US and Europe,” according to Amjad Ahmad.

Senior debt is now available from both local and international banks. For mid market deals local banks are the main source of debt financing. Domestic and regional lenders may have been late to the leveraged lending game but can be less adverse to political risk considerations, in part due to their local knowledge and insight. Unlike global banks regional players have not had their balance sheets eroded as a result of sub prime and other write downs.

Senior debt tends to be conservatively structured; featuring term loan A and term loan B tranches, with shorter tenors than sponsors might be used to: three to five year deals are more typical than the seven to nine year structure seen in Western Europe or the US.

Senior debt pricing has crept up over the twelve months. Sponsors can expect to pay in a range of 200bp over Libor to 400bp over Libor, compared to 125bp to 175bp pre credit crunch.

The move to unsecured lending has seen banks focus on adding covenants, a period when lenders in more established LBO markets were loosening their terms. That might have been an ironic twist but for that fact that covenants are now back in the mainstream everywhere.

The increase in the availability of debt comes in tandem with changing mindsets.

Fawaz Elmalki is a lawyer in the Dubai offices of Conyers Dill & Pearman: “Legal barriers are decreasing but there have been commercial barriers in the past and an attitude that was less focused on using leverage.”

Changing attitudes are important because sponsors tend to work with corporate owners, rather than buying from them.

Amjad Ahmad explains: “Talk of family divestments as a driver for private equity is greatly exaggerated. In many cases family owned entities are looking to private equity for partnerships, to provide a combination of growth capital and expertise to continue to build businesses. That means investing in strong minority stakes, with substantial rights rather than executing full buyouts.”

NBK Capital sits on both sides of the debt and equity split. A subsidiary of National Bank of Kuwait and in the private equity space operates through a Private Equity investment business but has also launched a US$115m fund to invest in mezzanine securities throughout MENA and Turkey, in partnership with established mezzanine provider GSC Group.

Mezzanine is a new product to the region, and rolling it out has found some interesting pockets of demand according to NBK: “Our mezzanine fund has been able to meet demand for subordinated debt from financial sponsors as well as mid-market corporates who have limited alternative access to debt financing.”

That solid demand means the mezzanine product pays well, with investors looking for IRRs of around 20%, but with cash pay pieces paying around 700bp over Libor that overall return is less onerous on borrowers than might be expected.

The returns come from a combination of cash payments and PIK with warrants (or other forms of equity participation), generating more interesting and potentially rewarding upside than European investors have been able to access in recent years.

Fawaz Elmalki cautions that debt is a minor part of the over all attraction of the region: “In part the growing interest of Western financial sponsors in the region reflects the fact that credit is becoming more expensive and harder to procure so they need to look at high growth regions like Asia and the Middle East for returns, rather than rely on leverage in established markets.”

That said the increased flexibility of lenders means even here sponsors now have options in senior and subordinated debt when calculating their potential returns across the region.