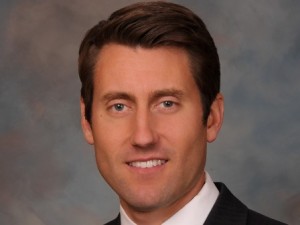 Any company with a lot of debt on its balance sheet may struggle as oil remains near $40 a barrel, said Timothy Crawmer, senior investment manager, Aberdeen Asset Management.

“The general theme is these guys were aggressive when oil prices were higher and raised debt to fund aggressive drilling programs and that’s coming back to bite them,” Crawmer said in a phone interview.

Overall, debt has become more scarce for energy companies seeking senior secured lending facilities backed by assets. The most immediate challenge for many borrowers is asset-backed revolving loans (ABLs), which typically have a five-year life span before they need to be repaid or refinanced.

Banks may often re-determine the borrowing limits on ABLs of energy companies by assessing their reserve base in the spring and fall. If oil prices stay low, it means the value of the assets in the ground may remain low. Most energy companies are facing a revaluation by banks in October.

Crawmer said a number of companies tried over the summer to raise secured debt by issuing first-lien and second-lien bonds, with proceeds used to pay down ABLs.

While this newer debt doesn’t require asset redeterminations of ABLs, it drew a cool reception in the high-yield market because investors weighed the impact of lower oil prices on energy companies, Crawmer said.

“Those bonds have traded off pretty drastically,” he said. “Investors aren’t as comfortable with first- and second- liens [debt in the energy sector].”

Aberdeen has been crunching numbers on debt levels of energy companies and where oil prices need to be for their businesses to remain healthy. Some names in the publicly traded arena include SandRidge Energy, which has seen its unsecured bonds trade at 28 cents on the dollar as of press time, Crawmer said. SandRidge needs oil prices above $80 a barrel to recover unscathed, he said.

While oil prices have been low for nearly a year now, energy companies haven’t cut their oil and gas production until more recently to conserve cash. The spending cuts on capital projects will start to impact reserves this fall, Crawmer said.

“Most companies haven’t faced a real borrowing base redetermination yet because they haven’t cut back on production until this year,” he said. “Since the price of energy has come down and the number of barrels hasn’t been replenished, companies won’t have the capacity for borrowing and it’ll eat into their liquidity.”

The quality of assets and whether they’re profitable at lower oil prices remains a key metric on the radar for debt investors in 2015, he said.

Among sponsored companies, Samson Resources, backed by Kohlberg Kravis Roberts & Co, has been a much-mentioned name in debt markets, with its Chapter 11 bankruptcy filing taking place on September 16.

Blackstone Group GSO Capital Partners and Oaktree Capital Group bought into an offering of $2.25 billion in unsecured notes for Samson Resources in January and have seen the value of the notes fall by 95 percent, Bloomberg reported. Samson is facing reorganization plan that would result in hedge fund Silver Point, distress specialist Cerberus Capital Management and billionaire Phil Anschutz controlling the company in exchange for about $485 million to pay down first-lien debt and operating expenses and forgiving about $1 billion in debt that they hold.

Update: This story has been updated to include the formal bankruptcy filing from Samson Resources.