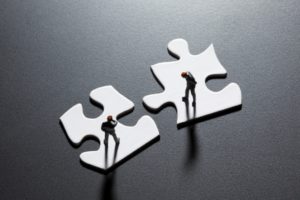 The pandemic has resulted in some fundraising casualties, with LPs increasingly turning to existing relationships and proven strategies as places to park their cash.

One manager that appears to have had to scale back its fundraising ambitions is BlackRock. Last week, it emerged that the firm had lowered the target of its debut long-term vehicle from $12 billion to as little as one-third of that, according to a report in the Wall Street Journal.

BlackRock on Monday said it had raised $3.44 billion in an initial offering period for the fund and declined to comment to Private Equity International beyond the release.

BlackRock Long Term Private Capital‘s target was always a lofty one. Blackstone, one of the most trusted names in the industry, raised $8 billion last October for its second long-hold vehicle in what remains the biggest fund ever raised for the strategy. CVC Capital Partners has raised two such vehicles, its latest raking in €4.6 billion. BlackRock is by no means a bellwether for the viability of long-hold funds. However, its target revision shows that even being the world’s largest asset manager and a money management behemoth doesn’t necessarily mean LPs will be lining up to pile in money.

Long-hold funds have always been something of a mixed bag among LPs. For some, such as sovereign wealth funds with decades-long time horizons, parking capital with a manager for 20 years and not having to deal with fund extension requests and mountains of conflict waivers can be an attractive offer. This was illustrated by Gulf-based state investor Mubadala’s $2 billion anchor commitment to Silver Lake‘s 25-year long-hold fund.

For others, the notion of retaining assets for as much as three times the typical hold period, and often reducing or removing the ‘L’ from ‘LBO’, defeats the purpose of investing in an asset class that prides itself on having an active ownership model.

Long-term funds face challenges on at least two possible fronts. One is that the pandemic is the first crisis long-term funds have ever faced. Whereas GPs managing traditional PE funds in the aftermath of the 2008 global financial crisis were able to work actively with portfolio companies and address financing issues, it’s unclear how long-term funds will fare amid a downturn.

The other is that there is now increased competition from other sources of capital, such as from the GP-led secondaries market, as we’ve outlined before. Using continuation funds, GPs can hold on to assets for longer, provide liquidity to LPs who want it and, crucially, can potentially generate carry from selling one asset from an existing fund into a new one.

For a manager, using continuation funds can look a lot more financially appealing than managing a long-hold vehicle.