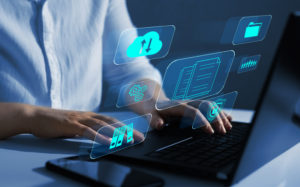 Jake Reynolds, a long-time general partner with growth specialist TCV, is stepping back into a senior adviser role, according to an investment report for Santa Barbara County Employees’ Retirement System.

The move comes as TCV works to raise its 12th growth fund, reportedly targeting more than $5 billion. The firm closed its 11th fund on $4 billion last year and, like several other established tech-growth managers, is pursuing a rapid fundraising pace.

However, as volatility continues to rile the public markets, and especially listed tech-related companies, LPs may potentially get pickier in their support for the many tech-growth managers seeking capital, sources have told Buyouts in previous interviews.

The investment report, prepared by Hamilton Lane for the pension system, said that as of March 2022 Reynolds had transitioned from GP to senior adviser. Santa Barbara Employees’ is a long-time investor with TCV, backing its funds VII and XI since 2008, according to the pension report.

Reynolds joined TCV in 1997 and focuses on investment areas like enterprise IT, software and tech-enabled services. His active investments include Clio, Cognite, Genesys, HireVue, OneTrust and Open English, among many others, according to TCV’s website.

No one from TCV returned a comment request. Reynolds did not respond to a LinkedIn connection request.

Prior to TCV, Reynolds worked at General Atlantic, before which, he worked on M&A at Lazard, where he focused on technology and telecom, according to his biography on TCV’s website.

Jay Hoag and Rick Kimball co-founded TCV in 1995. They remain the principal owners of the management company, according to the firm’s Form ADV. TCV managed about $25.1 billion as of December 31, the Form ADV said.