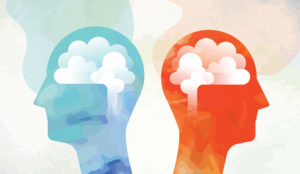 The changing nature of continuation funds and subscription lines poses challenges to LP and GP alignment, according to an annual report from the asset management business of Prudential Financial.

In theory, both LPs and GPs benefit from the long-term investing approach inherent in private equity.

However, this balance is a delicate dance as many industry practices face scrutiny, with the CIO of Denmark’s largest pension fund dubbing private equity a “pyramid scheme” at a recent conference, according to an article in the Financial Times. Some LPs have called into question the validity of the most recent valuations provided by managers, which they say are not reflective of market conditions.

The proliferation of continuation funds has been red-flagged by some industry critics and was cited as an investment risk in PGIM’s latest Megatrends report entitled “The New Dynamics of Private Markets.”

“GPs take some care in going to third party valuation firms for a valuation. But, at the end of the day, the valuation is someone’s judgment, and it can be very subjective. There’s potential for LPs to get caught on the wrong end of a valuation that’s too high or too low,” said Shehriyar Antia, VP, head of thematic research at PGIM.

Higher valuations earn GPs more in carry and management fees. GPs may want a lower mark if they suspect an asset in a continuation fund will grow going forward, which results in better looking returns.

Many LPs also may not have the staff and resources to independently assess valuations, Antia said.

“It requires a lot of work and expertise,” Antia said.

Subscription lines allow GPs to draw from a line of credit with LP commitments serving as collateral. This common practice allows GPs to access cash needed for deals without drawing from an LP’s committed capital, Antia explained.

The report noted that some subscription lines have increased to remain active for more than 360 days, when in the past they generally extended for 30 to 90 days.

Using subscription lines beyond 30 to 90 days could distort how returns are calculated and become more of a tool for financial engineering, rather than smoothing out the capital call process, according to the report and LP sources who have spoken to Buyouts in the past.

For example, private equity rates of return are based on the cash flows they generate, with capital calls considered outflows and distributions as inflows. Using subscription lines in these calculations instead of committed capital can make returns look better as a result, according to the report.

GPs also may not always disclose the usage of a subscription line, the report said.

This could also boost return metrics while not impacting risk metrics despite the additional leverage included in a fund, according to the report. There’s been a push in recent years from LPs for GPs to present levered and unlevered returns to help investors better understand a GP’s performance.

“What is an LP investor to do? They should ask GPs for information about subscription lines to make sure they are used properly and are all disclosed,” Antia said.