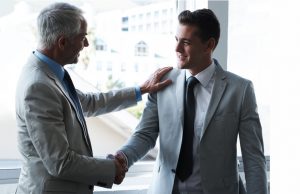 According to Probitas Partners’ annual LP survey, 51 percent of respondents said they would focus on maintaining established relationships in their preferred sectors next year, soaring from 10 percent in last year’s survey, “reflecting the surging fundraising environment and its impact on fund manager access.”

The dynamic exists as GPs come back to market at a quick pace, and many GPs have created additional fund products to meet various LP strategies across size, geography and sectors.

LPs are becoming more burdened than ever with keeping up with the pace of funds coming back to market, from their existing managers, not to mention exploring new relationships.

“For an LP who has staffed its efforts to perform 10 to 12 due diligences a year with room to look at two to three new funds a year – and nine to 10 re-ups – their workload becomes stressed when all of a sudden 14 to 15 of their GPs plan to come back,” said Kelly DePonte, managing director at Probitas Partners.

“And in this situation when they are flooded with re-ups, they may have to increase their efforts at triage – doing more active due diligence on GPs that they are seeking to cut.”

One area that LPs indicated they want to explore new relationships is with emerging managers and spinouts. The number of respondents who said they are focused on spinouts jumped to 71 percent from 64 percent last year. This increase in interest comes as talented executives at large, established private equity shops spin out, usually with some cooperation from the larger firm, to form new ventures.

LPs also are more willing to explore relationships with managers without being able to access attributable investment track records, the survey said. And, the number of respondents not interested in first-time funds dropped to 8 percent this year, from 15 percent in last year’s survey.

Interest in emerging managers is on the rise for several reasons, but there are two main ones, said DePonte.

And the second reason can be attributed to new sectors and changes in demand.

“The private equity market is not static and industry-sector funds can go out of favor – such as oil & gas focused funds over the last six or seven years or telecommunications in the early 2000’s – while other sectors such as healthcare have soared in interest,” says DePonte. “And there are also new sectors that did not exist a decade ago – impact funds and energy transition funds, for example – those investors are looking to invest in for the first time because they did not really exist before.”