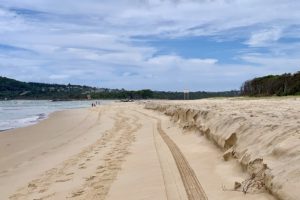 Limited partners are concerned about what they perceive as a rising number of GPs writing limited partner agreements that limit or eliminate their fiduciary duty to the fund, according to a recent survey by Institutional Limited Partners Association of its members.

“Reduced fiduciary duties not only harm governance but also the quality of alignment between GPs and LPs,” the summary said.

Fiduciary duties are established in federal law through the Investment Advisers’ Act, as well as by state and other jurisdictional rules. Fiduciary duty under the Advisers’ Act cannot be modified by contract, while state rules, which are generally stricter than the federal law, can be, according to Justin Storms and Jonathan Adler, partners with Debevoise & Plimpton.

SEC treats federal law as requiring GPs to adequately disclose exactly what they’re going to do with a fund, including terms and conditions and potential conflicts. The disclosure is the key to fiduciary compliance and has been at the heart of much of the SEC’s enforcement action against private equity firms in recent years.

Fiduciary duty includes the duty of loyalty, which deals with conflicts of interest and covers situations like cross-fund investing, cherry-picking co-investments and other decisions that misalign the GP’s interests with the LP’s. Also, the duty of care refers to the time and attention a firm’s principals dedicate to the fund and investment decisions that may appear reckless in hindsight, according to a report by law firm Morgan Lewis.

Most LPs will not allow fiduciary duty to be completely eliminated, but it can be limited by defining a manager’s standard of care as being liable only for acts of “gross” negligence (reckless disregard) as opposed to simple negligence (or fault), the report said.

GPs in the private placement memorandum should “clearly, affirmatively and prominently disclose” the standard of care owed to the fund and the LPs, ILPA recommends.

“That language is not there to ensure the GP does the right thing when things are going well,” the fund-of-funds LP said. “Rather, that language is there to protect LPs when a fund goes south, maybe even reaching zombie status. At that point, the LP/GP dynamic can often become a zero sum game, and it is at that point when an investor would take comfort in the protections of the agreement. So yes, it is a concern.”

The industry is not experiencing an erosion of fiduciary duties, both Adler and Storms said. Instead, increased disclosure has made limited partners more aware of the nuances of fund contracts, they said.

“The provisions of fiduciary duty have not changed, but there’s been more discussion, which leads to LP-friendly clarifications,” Adler said.

“For LPs, there is a burden to review those disclosures and understand what it is a sponsor is permitted to do,” Storms said. “The LP community has perceived some of that disclosure as itself eroding the fiduciary duties under federal law.”