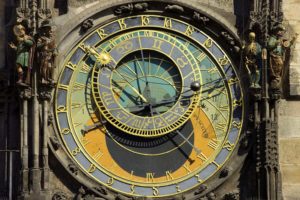 Term amendments giving GPs more time to manage out funds will likely increase as the pandemic pushed back exit timelines for many firms. LP sources have said in recent interviews they’ve seen upticks in amendment requests for term and investment period extensions.

One of the assets, Grosvenor, is in process to go public as part of a SPAC deal with Cantor Fitzgerald, which values the company at $2 billion.

That leaves Fund VI with two remaining investments to sort out by October 2021, one of the sources said. A spokesperson for Hellman & Friedman declined to comment.

Fund VI generated a 12.9 percent internal rate of return and a 1.8x multiple as of March 31, 2020, according to performance information from the California Public Employees’ Retirement System.

Hellman has used the secondaries market in the past to manage the aging Fund VI. In 2018, Hellman & Friedman ran a process for more time to manage human resource software provider Kronos Inc out of Fund VI.

The Kronos deal was interesting in that the buyers lining up included existing investor Blackstone Group, as well as Hellman’s Fund VIII. Hellman closed its most recent pool, Fund IX, on $16 billion in 2018.

LPs expect more term extensions and requests for more time to invest funds – known as investment periods. These generally run for five years, before GPs focus fully on exiting funds. LPs will generally grant such requests in exchange for concessions like reduction on fees.

Pitchbook found that as of April, private equity funds’ median holding period was 5.43 years, a 9 percent increase from 2019 and the highest reading since 2014.

Funds generally have 10-year terms with two one-year extensions. After that, the GP must ask fund investors for subsequent extensions.