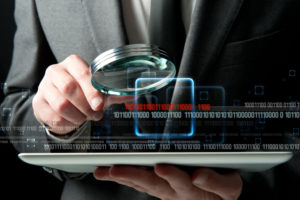 About 71 percent of LPs plan to allocate to mid-market managers over large-cap GPs for the rest of the year and 2020, the study found. Additionally, 52 percent of LPs said they already have a determined allocation for new middle-market managers. “All the large caps have come from mid-market space,” Andrew Bentley, a partner at Campbell Lutyens, told Buyouts. “It’s all about keeping diversification in their portfolio.”

GPs are returning to market with funds in under three years and are taking a larger share of allocations from existing LPs each year, according to the report, which surveyed 80 LPs.

Bentley said the results of the survey are a reaction to institutional investors worrying there won’t be room for middle-market funds if GPs keep growing. LPs believe they “must protect the middle market [from an] increase in size and a decrease in the number of years between each fundraise on the very large-cap investors,” Bentley said.

“There is a rich choice in the mid-market of managers to back and [who] are encouraged to grow,” he said. “Otherwise, [you’re] leaving it to a small number of large, global platforms to provide that choice within [those] platforms.”

The study found that LPs plan to use the secondary market more often in the future because of “positive pricing and solutions” that address issues with portfolio construction, according to the study.

About 43 percent of LPs said they completed a secondary deal in the last 12 months; 62 percent said they’re considering a secondary transaction over the next year.

Also, a growing number of institutional investors are working with GPs who are committed to impact investing, according to the report.

About 82 percent of LPs said that sustainable investing has become more important, the study showed. “Stakeholders are actually demanding it,” Bentley said. “There’s obviously a big shift in thinking around not just social issues, but planet issues. We’re starting to see that come through in investor appetite to support green funds.”