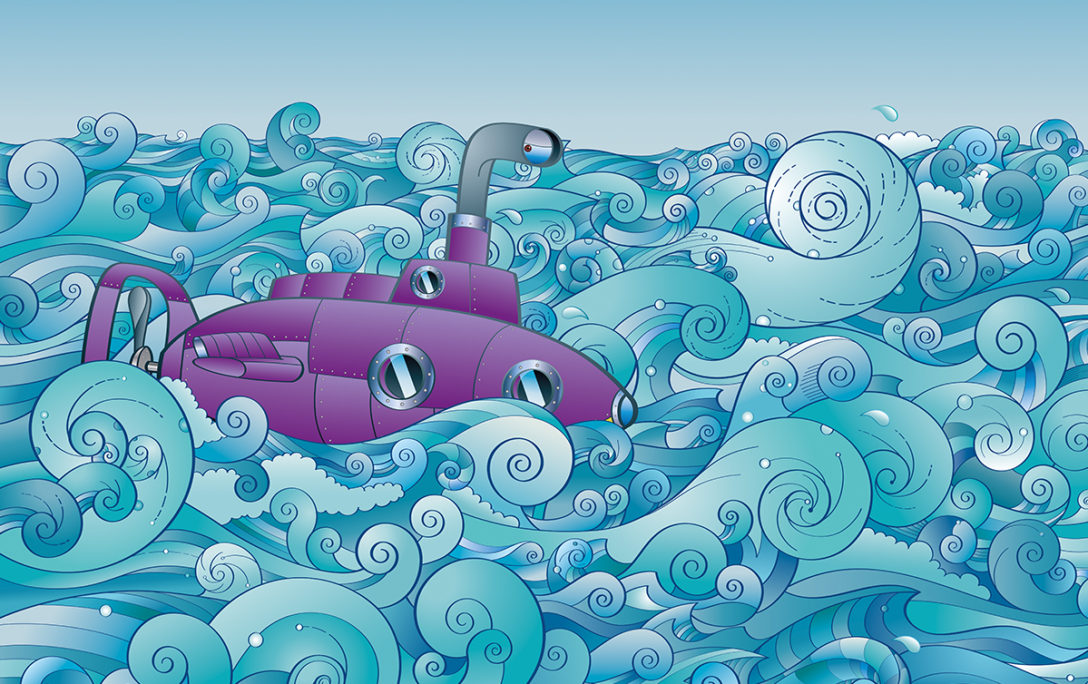 Deal activity is poised to pick up in the second half of 2020, but M&A won’t be near pre-covid levels as private equity firms remain cautious buyers and sellers, industry experts tell us.

Dealmaking is already showing signs of snapping back, fueled by the presence of resilient companies, record levels of dry powder and strong credit markets.

But this resurgence will be slow as sponsors play the long game. Private equity funds are taking their time assessing risks and future performance of companies before deploying capital, according to bankers and advisors.

For example, one larger healthcare tech deal being shopped is TPG’s WellSky, which could command a valuation of around $3 billion, or close to 20x EBITDA, sister publication PE Hub reported in July.

Generally, tech has been a predominant area of investment since the great financial crisis. The sector recorded an almost 600 percent increase in deal count from 106 in 2009 to 735 last year – surpassing every other sector since 2007 – according to Refinitiv’s Americas data.

“I don’t think this comes as a surprise,” says William Sanders, global head of financial sponsors at Morgan Stanley, referring to tech capturing a big chunk of the S&P market. “Some people think those are pretty defensible businesses.”

In the first half of 2020, 409 announced PE-backed technology deals in the Americas produced $21.5 billion in combined deal value, according to Refinitiv.

Dealmaking also depends on which assets lenders are comfortable funding, according to Rainey.

“There is certainly a bias for quality assets,” Rainey says. “Businesses that have more certainty for their products and services are much more likely to get past the scrutiny of the lenders.”

That’s not to say other segments of the market, like food manufacturing, aren’t attractive to investors.

In fact, public food manufacturers are near three-year highs, and private equity backers in the sector are eager to bring assets to market, according to David Iverson of Lazard.

However, suppliers or distributors to restaurants such as Sysco that don’t sell a lot to grocery stores are not doing well, cautions Iverson, managing director and head of the advisory firm’s consumer, food and retail arm.

Business performance has varied widely across sectors and geographies based on individual assets’ exposure to covid-19, as well as how successfully they’ve been able to adapt to the downturn.

While attractive and defensive industries like tech are active, sponsors are focused on business models rather than sector-specific companies, according to Richard Harding, managing director and co-head of private equity solutions at Moelis.

“Businesses that are out there right now are high quality; the ones that have generally showed the ability to perform,” Harding says.

And these resilient businesses have immediately become more valuable. “They are actionable in a market where there are far fewer opportunities and at least as much capital,” adds Harding.

Sitting on a trillion-dollar cash pile, private equity firms are eager to invest; but a supply-and-demand imbalance makes doing so much more difficult.

The strongest businesses are expected to command great valuations, but for investors it is difficult in this environment to estimate future, post-covid performance and come up with accurate valuations. “We are asking everyone to put together scenarios for us: how it will look if nobody goes back to work after Labor Day,” says Greg Belinfanti, senior managing director at One Equity Partners.

Things are looking up, but the revival in M&A activity in the back-half of 2020 is likely to be gradual rather than dramatic, simply because there aren’t as many financially healthy, affordable targets in the market as there were pre-covid. “You will not buy a cheap gym if it’s not going to open up,” a prominent advisory firm banker says, referring to discounted assets.

“With some exceptions, like direct-to-consumer companies, we are telling our clients [that] it’s not a good time to be a seller; there is enough uncertainty out there,” Iverson says.

Deal volume in the consumer and food space has declined significantly since the pandemic surfaced, but that could soon change. “There is a massive wave of companies that are ready to try to sell,” Iverson says. “If things continue as they are, starting September, you are going to see a noticeable uptick.”

Some sponsors are vying to pay lower multiples for businesses given today’s climate, but sellers are not ready to accept a discount, a situation that will be resolved when either the buyer or the seller blinks.

“When it comes to higher quality assets, the sellers want what they could have had before [covid], and the buyer wants a discount,” Sanders said.

As an alternative to traditional M&A, some PE investors in the first half of the year took advantage of distressed assets.

Others saw opportunity to deploy capital through PIPEs, with investments in 162 US public companies as of mid-July, according to PitchBook data.

Why? The math is simple, according to Aaron Cheris, who leads Bain’s Americas retail practice: Distressed businesses that suddenly lost most, if not all, of their cashflow needed instant liquidity and “GPs had enough capital to move faster than public offerings.”

“Covid definitely led to a number of PIPEs in the US,” Rainey agrees. “When capital needs to be raised quickly, PIPEs can be efficient.”

Heading into the back half of 2020, deal dynamics look better than to be expected. Markets are so far regaining losses and experts believe there is minimal distress beyond retail.

“In general, it appears businesses performed better in Q2 than expected,” says Bob Baltimore, managing director and co-head of M&A at Harris Williams.

The revived lending market and the availability of businesses that have successfully managed cost structures have left less room for covid-discounted deals, some experts argue. “Because there is liquidity and financing capability, it’s hard to find anything cheap right now,” Sanders says.

Higher interest rates don’t seem to be affecting M&A activity: “The pricing is slightly higher, but we were at a pretty inexpensive point last year,” Baltimore says.

Besides, even if some companies are distressed, they are not distressed enough to sell at a big discount.

“We’ve seen several minority investment opportunities from advisors where companies are in need of capital,” says Steven Liff, senior managing director at Sun Capital. “But even though they are impaired by covid-19, they are not willing to give up control and sell at any discount.”

“If you are a PE investor, you are glad the market is rallying,” Sanders says. “But this snapback has been so fast that you can’t get the lower price [on potential targets] you wanted.”

Big picture: the 10-year bull run came to a hard stop with coronavirus. “I think buyers were looking to regain some ground in what has otherwise been a very seller-friendly market,” Harding says.

Dealmaking in the remote environment

Adding complexity to the recovery, PE investors are taking time evaluating targets and assessing risk under what remains an everything-remote environment.

“The change in the mode of communication is something buyers and sellers need to get used to,” One Equity’s Belinfanti says.

“We are working on one deal now where everything has been virtual,” Liff, of Sun Capital, says. “But at some point we will get on a plane and see the company so we can have the touch and feel before we close.”

In another banker’s view, PE investors are among the most likely to jet out to close deals in person, even amid coronavirus. If you can put a couple thousand people in Disney World, for instance, you can go do due-diligence, he says.

“I don’t think [dealmaking] will stop due to [almost all-virtual] due-diligence,” Sanders says.

“Anytime we are getting into an election year, if we have a feeling that there will be changes in Congress… people will really focus on getting deals done prior to year-end,” says Jeremy Swan, managing principal at accounting and tax advisory firm CohnReznick LLP.

But this year is different. The pandemic has put the election conversation on the backburner. “Right now, it’s more of a hypothetical discussion around the potential outcomes,” Baltimore says.

If anything, the potential for a change in corporate tax laws has been one of the bigger talking points, according to sources. “From a tax perspective we are hoping that things won’t change,” Swan says. A higher corporate tax rate would be detrimental to funds and individuals, he adds.