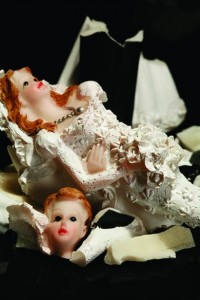 HR due diligence has often been described as a similar process to a prenuptial agreement – although in theory it is a great idea, it is very often not a priority when you are caught in the throws of a deal. There is an increased reluctance to scratch beneath the surface because it is much more difficult to measure the people than financials when assessing the appropriateness of a prospective deal.

The failure of M&As to deliver on their anticipated business aspirations can be as high as 75% and issues surrounding the people and climate are sited as the most common cause, with the combination of cultural differences and a naive human resources strategy being the main reasons behind many failures.

Plenty of attention is paid to the legal, financial and operational elements of mergers and acquisitions. But, executives who have been through the merger process the traditional way, ignoring the management of the human side of change, recognise in hindsight that this is the key to maximising the value of the deal.

Challenges that arise relating to people during the deal process can have a severe financial impact on the outcome of a deal such as:

• Sales productivity drops – often there is confusion as to who is making decisions, and a lack of understanding.

• Customer defection – confused customers who are neglected will often be lost.

As a result of the potential pitfalls, people must take a strategic approach to measuring human capital and assess the risks and opportunities that are inherent in a potential M&A. The approach should enable the acquiring management to know what and how to focus on maximising the probability of a successful integration and execution post-deal. This would typically include:

• Culture: understand the potential risks and measure the degree of ‘fit’ against appropriate benchmarks.

• Value of leaders: how much value will they really add.

• Employee engagement: how high is the level of engagement and will this result in potential unwanted turnover.

There is always the temptation to develop an image that is better than reality. It is important to paint an accurate picture of the organisational competencies.

Based on research into successful and failed M&As, there are three clear stages that need to be addressed: pre-combination, combination (integrating the two companies) and solidification (the assessment of the new entity). There are five simple steps that should be incorporated to ensure that at each stage the merger is given the highest chance of success. They are as follows:

• It is vital to provide accurate guidance in valuing the newly acquired human capital and clearly identifying the legal risks, liabilities, contractual issues, key roles and employee expectations. Once you have identified the key players and their capabilities, you must assess the culture and be aware of potential HR issues.

• Establish cultural and climate goals that can be monitored and ensure that these are consistent with the communications strategy and plan.

• Plans should be created for priority issues such as organisational design and staffing requirements, core process design and transitional HR programmes.

• Develop and implement communication programmes, while creating a transition strategy and toolkit for key external-facing units, including sales, marketing and customer service.

• Make team assignments for the redesign of work processes and the final HR programmes and transform the integration team into a problem-solving SWAT team.

• It is essential to develop ongoing measurement systems that will be able to detect any people issues, before they have the chance to have a significant impact upon the success of the integration. It is also important consistently to review and assess the key appointments that have been made and their effectiveness within the new organisation.

As M&As are increasingly being used by firms to strengthen and maintain their position in the marketplace, but the reality is that the majority fall short of their stated goals and objectives. While admittedly some failures can be explained by financial and market factors, a substantial number have been proven to be traced back to neglected human resource issues and activities.

Paying attention to people due diligence can really make the difference between an M&A that works and one that doesn’t. HR due diligence should become the rule rather than the exception.