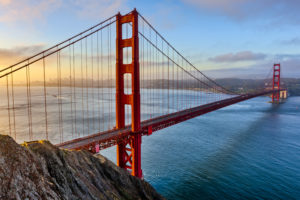 The inflationary environment, along with interest rates rising higher than they’ve been in years, have spurred questions about the direction of private markets. The outlook was a primary topic at Marin County’s investment committee meeting on September 28, a webcast of which was seen by Buyouts.

The investment committee pledged up to $25 million to each manager for 2023. Adviser Callan recommended a $60 million commitment before the committee decided to lower the amount.

Some committee members were skeptical about directing any capital to the managers, stressing the need for liquidity during a rocky economic climate.

“I’m concerned about making this commitment and the market becoming even more volatile,” said investment committee member Sara Klein. “I’m concerned about investing in a rising interest rate environment. Interest rates have been zero and central banks have been buying bonds. All of that has been completely reversed. We are in a new regime, and I think it is going to be very humbling for asset managers across all asset classes.”

Gary Robertson of Callan said the system should stick to its pace to practice “dollar cost averaging” across multiple vintage years. “Investing across different vintage years is the DNA to building long-term returns. Not doing so means you could miss some very good value,” Robertson said.

Callan president Jim Callahan said the increased cost of capital will affect all equity classes. “A well-thought-out private equity program over time, even in a higher interest rate environment, should still deliver a premium over public equities,” he said.

Klein said she doubted Callan’s predicted distributions of $114 million in 2023 from Marin County’s private equity program. Earlier in the meeting, representatives from Abbott and Pathway each predicted they would distribute between $20 million and $30 million respectively back to the system.

“Both managers are predicting significantly less in distributions than what it says in this model,” Klein said. “And given what financial conditions are at now, it seems like their estimates are optimistic. I’m finding it very hard for us to get $114 million in distributions next year.”

Marin County began investing with both Abbott and Pathway in 2008. The system has committed $450 million to both managers since that time.

Abbott has $14 billion in assets under management, according to a presentation it made to the investment committee. Marin County invests in five of its funds, all of which provide exposure to venture capital, growth equity, buyouts, special situations and secondaries.
Abbott has committed to funds like Green Equity Investors VI, Battery Ventures XII and Oak HC/FT Partners II, according to the presentation.

Pathway has placed money with 68 managers across 15 vintage years. These managers include 169 primaries, 24 secondaries and 39 co-investments, according to its presentation.

Marin County currently allocates 13.8 percent of its portfolio to private equity. It has a target allocation of 8 percent.