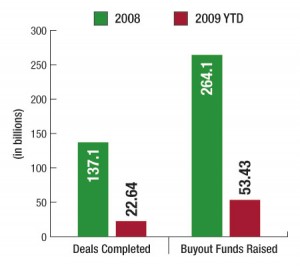 closed its latest mezzanine fund, , at $729 million. Though it was among the largest funds to close in the past fortnight, the fund fell short of its $800 million target. Investors in the sub-debt fund include the Los Angeles City Employees’ Retirement System and the Maryland State Retirement and Pension System.

also closed its latest fund, , collecting $410 million from 35 institutional investors. The energy-focused private equity shop decided to close the pool, which it began marketing in August 2008, shy of its $600 million goal.

, on the other hand, closed its latest investment vehicle north of its $300 million target, hitting the $325 million hard cap for . The Boston-based shop plans to invest its new capital in mid-market growth companies.