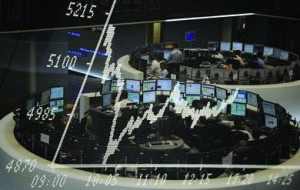 With interbank and investment grade credit markets frozen there is now no appetite among banks in Europe to underwrite new LBOs. Senior bankers do not expect any new deals for the rest for the year.

The collapse of prices in the secondary loans and high yield bond markets mean there is no realistic bid for new issuance at anything short of stressed prices. The need to conserve capital within banks means that even if houses could see their way to syndicating debt, there is limited ability and little appetite to underwrite new deals anyway.

With the market shut, private equity sponsors will be forced into making minority stake purchases, portfolio add-ons and other equity-rich investments – or simply follow the banks and sit the market out.

Bookrunners HSBC, GE, Lloyds TSB and RBS have pulled syndication of facilities backing the buyout of EMAP, after the stalled deal was dealt a fatal blow by the leveraged finance market sell-off.

In August, the banks re-cut and relaunched the £850m debt package backing Apax and GMG‘s buyout of the publishing group, after the original debt package failed in syndication.

Meanwhile, the bidding for Reed Business Information (RBI) looks set to fall victim to the lack of underwriting appetite, despite a group of seven banks being associated with the deal. If the deal fails because investors cannot raise the price being sought, it will follow last week’s decision by Montagu Private Equity not sell its BSN Medical business.

The €445m debt package supporting Doughty Hanson‘s secondary buyout of TMF Group has closed and has been funded. Mandated lead arrangers and bookrunners are ING and UBS, with Bank of Ireland coming in a mandated lead arranger prior to launch. The deal was flexed prior to close, with margins on senior debt increased by 50bp across the board and the mezzanine increased by 75bp.

Bookrunners HSBC, Natixis, RBS and SG have added a further five banks to the group backing €900m of facilities supporting the buyout of French engineering group Converteam by LBO France.

Despite the horrific market, AIB, Bank of Ireland, BayernLB, CIC and Mizuho have all joined the deal, which had looked to be in serious jeopardy when original underwriter Lehman Brothers collapsed.

While margins have not been flexed, the deal is understood to have seen fees increased to counter market volatility.

Converteam was previously owned by Barclays Private Equity, which retains a stake in the business.

Lenders to Amadeus last week rejected a waiver request to allow the company to buy back debt under an agreed structure, a move many will already regret given the subsequent collapse in debt prices.

Lenders are understood to have rejected an effort to have the waiver approved without offering a fee to the debt syndicate. Amadeus refused to budge on the issue, particularly because a fee would have been payable to all debt investors, regardless of the amount of debt ultimately bought back.

In hindsight, debt holders missed a rare chance to hit a firm bid, just days before the collapse of prices in general saw Amadeus loans fall from 82/84 when the amendment request was in the market to the high 60s by the end of last week.

In contrast, lenders to Yell have agreed to a covenant amendment that gives the directories business 20% headroom against forecasts. According to Yell, significantly more than the required acceptance level was achieved.

The borrower will add an extra 100bp to the margins of existing facilities and pay a one-off 50bp fee to exchange for the waiver. HSBC acted as agent for the lenders.

The revised leverage and interest cover covenants have been set to give Yell 20% headroom against its forecasts. In consideration of this, the interest rate on the facilities will rise by 1% and a one-off amendment fee of 0.5% will be paid to consenting lenders.

The listed yellow pages publisher had seen its share price plummet by more than 80% over the past 12 months. Shares did rally initially last week in response to the waiver being agreed, closing at 99.25 on October 7, after the waiver agreement was announced, and 109.75 per share on October 10, compared with a low if 72.75 on September 29.

As well as seeking the waiver agreement the company has suspended dividend payments until its leverage drops below 4x Ebitda. Earlier this year, Yell reported that its net debt stood at £3.68bn, or 4.9x Ebitda.