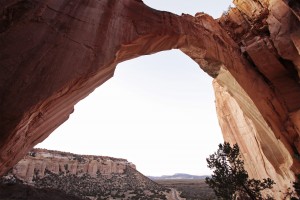 According to summary notes of its August 14 investment committee meeting, New Mexico SIC may “not be making further capital calls related to the Markstone Private Equity Investment” even though it has yet to contribute roughly $3 million of the $20 million it committed to the fund, which raised an estimated $800 million for investments in Israeli companies. Other limited partners have also declined to answer a June capital call for the 2004-vintage pool, although it is not clear why.

“We have requested additional documentation to which we are entitled to under the LPA (limited partnership agreement) with Markstone and continue to await its delivery,” Wollman wrote in an email. Executives at Markstone Capital did not respond to several requests for comment for this article.

Investments in private equity funds typically take the form of pledged capital. The fund manager draws down those pledges for investments by making capital calls. New Mexico SIC’s failure to meet Markstone Capital’s capital call would be highly unusual and would likely trigger a penalty under the LPA. Such a penalty might include an LP having to make interest payments and losing 50 percent of its investment in the fund, according to Markstone Capital backer The Office of the New York State Comptroller.

In addition to questioning what the called money will be earmarked for, the $19 billion New Mexico SIC has questions about the firm’s finances, Wollman said. Soon after the June capital call, New Mexico SIC learned that Markstone Capital had marked down its remaining portfolio by 68 percent during the quarter ending December 31. New Mexico SIC also learned that the firm was roughly $75 million in debt, possibly due to the reported collapse of subsidiary Amfic, whose holdings include Phenomenal and New Phenomenal.

Those disclosures, along with Markstone Capital’s prior involvement in pay-to-play scandals, prompted New Mexico SIC to question the legitimacy of the capital call, Wollman told Buyouts. “You are well aware of our recent settlement with the Fund. That and other extenuating circumstances make this a unique situation New Mexico has not previously experienced with a manager,” Wollman wrote.

In June, Markstone Capital agreed to pay New Mexico $1 million in relation to the firm’s involvement in the state’s a pay-to-play scandal. Markstone Capital had hired a former congressman with close ties to then-Governor Bill Richardson to act as a its placement agent in order to secure a $20 million commitment from New Mexico SIC, which was then helmed by several Richardson appointees.

Markstone Capital denied any and all wrongdoing in the settlement.

The firm was involved in a similar scandal in New York that resulted in its former chairman, Elliot Broidy, pleading guilty to providing $1 million in gifts to New York officials in exchange for commitments to the fund. Broidy was later found guilty of a reduced misdemeanor charge in exchange for his cooperation with the pay-to-play investigation, according to reports.

The Office of the New York State Comptroller committed $250 million to Markstone Capital Partners LP, which appears to be the firm’s only vehicle, through the state’s main retirement fund. New York and other institutional investors met Markstone Capital’s latest capital call, according to the comptroller’s office, which indicated that the firm would use the capital to reduce and refinance debt held by the fund’s remaining portfolio companies.

Many of the firm’s Israeli investors also declined to answer the June capital call, according to several reports and the Office of the New York State Comptroller.

Markstone Capital Partners had generated a 0.84x total value multiple and negative 4.1 percent internal rate of return as of March 31 for backer Oregon Public Employees Retirement Fund. Oregon declined to comment on its $50 million commitment to the fund.

Markstone Capital is reportedly struggling to sell its remaining portfolio at fair prices, according to a report from Israeli newspaper Haaretz. The firm reportedly still held stakes in a jewelry store company known as Magnolia as of June. The firm recently exited Steimatzky, a book store, by selling it to a group of investors.

“We’re working to recover as much of this investment as possible,” Office of the New York State Comptroller spokesman Matt Sweeney told Buyouts. He added: ”This particular investment will not alter the $180.7 billion Fund’s solid, overall performance.”