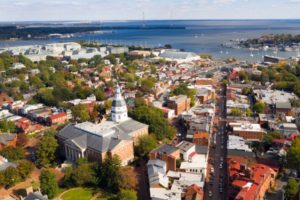 Maryland State Retirement and Pension System executed a secondaries sale of $1.1 billion in assets to Ardian last year, on which the system managed to turn a profit by setting up a deferred-payment structure with the buyer, the pension told Buyouts.

Meeting minutes on its website indicate that the system’s arrangement with Ardian resulted in Maryland getting 101 percent of its holdings’ value as opposed to the 92 to 93 percent it would have gotten otherwise.

In 2018, sister title Secondaries Investor reported that Maryland had sold a $1 billion portfolio to Ardian. Terms of the deal were not reported at that time. SI said the deal could involve private equity, private credit and private real estate assets.

Spokesman Michael Golden confirmed to Buyouts that the buyer was Ardian and that the deal had been completed, but he did not identify what assets were included.

Payments on the deal go back to at least last summer, according to meeting materials. The first swath happened between July 31 and October 31 and totaled $76 million.

Another tranche of payments came between October 31 to November 4 and totaled $10 million.

That adds up to $822 million paid. Golden did not identify when any additional payments happened. Ardian declined to comment.

• $50 million to Frazier Life Sciences X, a $617 million venture fund managed by Frazier Healthcare Partners that closed in January, according to a press release;