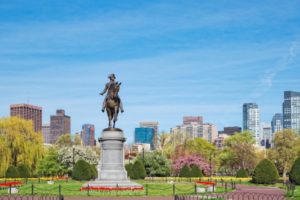 Massachusetts Pension Reserves Investment Management Board plans to hike its private equity fund commitments and co-investments in 2020, according to a presentation given to the board at its meeting February 4.

“There is sufficient headroom within the current asset allocation policy to increase these investments,” staff said in a presentation.

As far as general strategy, MassPRIM would like to target mid-cap buyout and growth strategies.

MassPRIM will also make a request for proposals for a new private equity consultant, as its current contract with Hamilton Lane will expire at the end of September. The pension also wants to hire an investment analyst for the private equity team. Last year, the fund added Sarah Zatoonian to its team, as Buyouts reported. The team has four members and is run by Michael Bailey.

As of December 31, MassPRIM’s private equity portfolio consisted of $23 billion in commitments and had an $8.5 billion market value. The fund’s total AUM was $78.9 billion and it had 16.6 percent in returns for calendar year 2019, gross of fees.